Kenya is one land that has been blessed with raw talent. The good thing about this is that over the past few years, there has been effort to identify, cultivate and nurture this talent so that to ensure the little ones are able to grow in their respective talents. With that said, today we are going to recognize young stars in Kenya as mentioned below;

She is a 16 year old beautiful soul with an angelic voice. She got her musical breakthrough back in 2011 when she was performing alongside Emmy Kosgei during Emmy’s album launch. She is so softspoken and her music has been able to open doors for her, the latest one being that she got admitted to the American Music and Drama Academy (AMDA) in LA. She also just recently dropped a new song called ‘happy with you’ that has been making headlines ever since.

The ‘vidole’ hit maker has 2 talented sons named ‘keep it real’ and ‘am blessed’. Eko Dydda has been able to raise his sons in such a way that they get to walk in his musical shoes. The two are rappers and they’ve been able to drop 2 songs so far; ‘Baba apendeza’ in 2016 and ‘Sunday’ in 2017. These two are definitely the next big thing in the rap industry.

She sang Alicia Keys’ ‘Girl on fire’. The clip was posted online and got massive recognition and love across the globe, having Alicia Keys repost it and acknowledge her talent. Shortly after, she got signed by Pine Creen Records which is an amazing step for her. Amani worked with Vivian and together they dropped a hit song called ‘sitasahau’.

She sang a rendition of ‘wimbo wa historia’ which broke the internet. She is a beautiful young Kenyan-born Somali lady who just recently sat her KCPE exam. She is from a humble background, having being raised by a single mother. Despite living with the odds, she has never given up on her musical dream. This led to her being identified by a producer known as Sammy Dee and the rest is history. 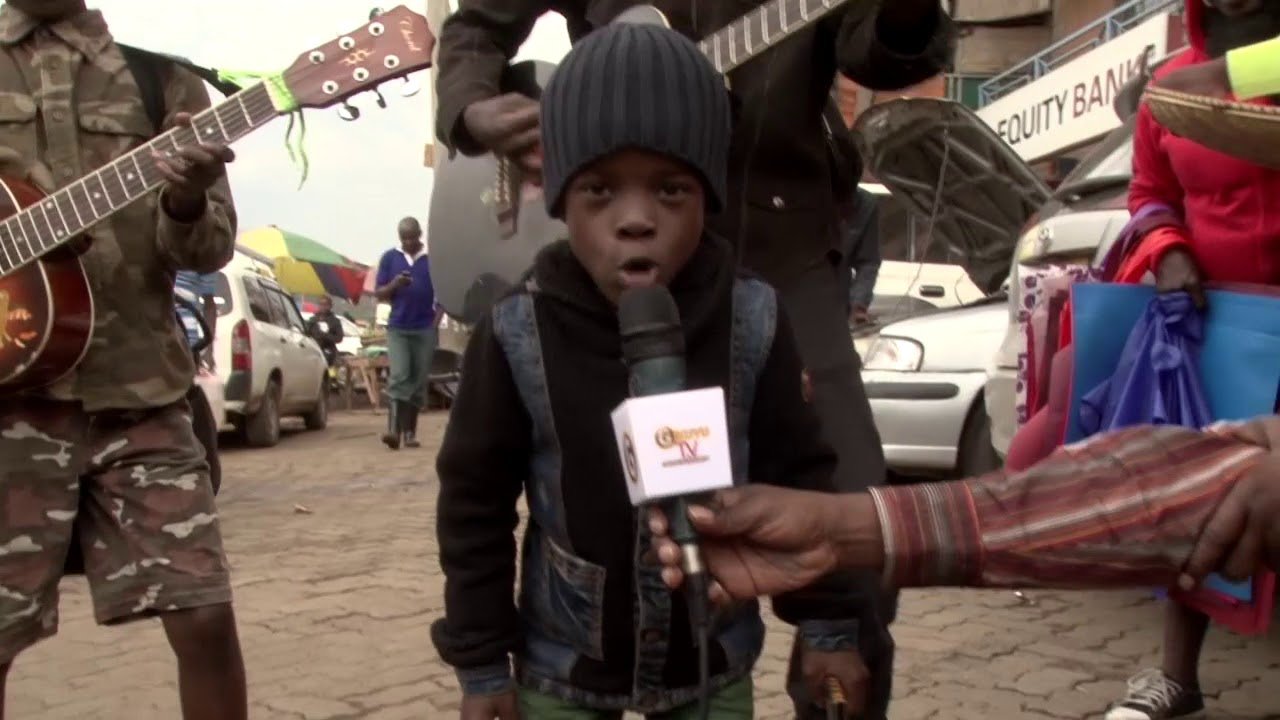 Their father, Musa Munyalo introduced them to his band and since then, they’ve been doing live performances together, acing one show after the other.

She is a 14 year old poet from Kibera whose poetry has made her travel far and wide. She has been able to go to places such as New York and Washington DC, where she recited her poem known as ‘My Dream.’ Through her poetry, she has been able to be a voice for things that people in her community go through that deter them from living their dreams.

She is a 9 year old lady who has what I love to call ‘magic fingers.’ Sheldon is an artist who can draw anything and everything. She is a painter, an orater, a poet and also a fashion designer at the mere age of 9. Her portraits paintings take one week but the one she did for president Uhuru Kenyatta took two weeks because she claims that she needed to be so patient with it. She is the one who gave our president the name ‘president Uhunye’ meaning ‘the fighter of our nation.’