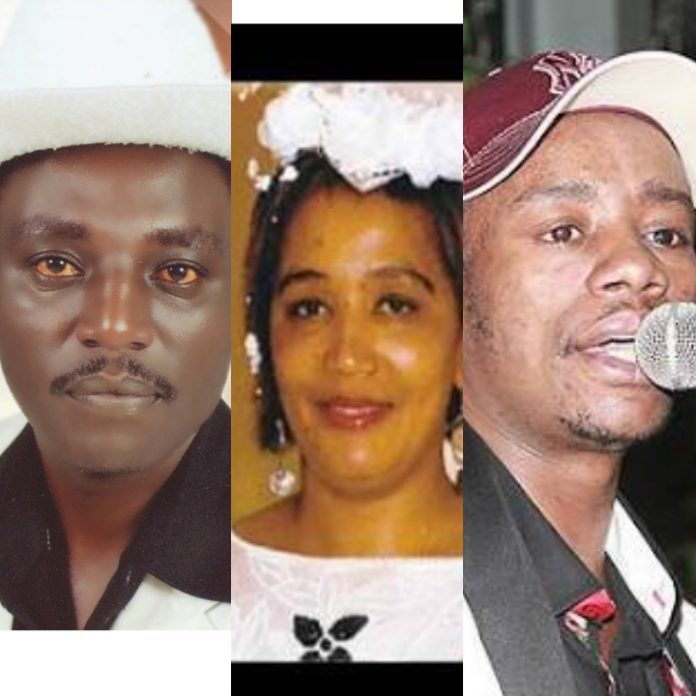 Here is a comprehensive list of best musicians Central Kenya has ever produced. Jambonews has  not listed them in any particular order of preference;

De’Mathew has recorded over 50 albums over the last 30 years. He has amazingly managed to remain relevant in changing times by singing influential songs on love, politics and social commentary. John Mwangi Ng’ang’a, popularly known as John DeMathew passed away on 18th August 2019 in a grisly road accident.

Popular one-man-guitar musician Paul Mwangi Salim, better known as Salim Junior, died 2016. He was ever armed with a guitar.  His melodious voice and a knack for covering popular Kikuyu songs from the seventies and the eighties, made him one of the favorite musician in central region of Kenya. Prior to his death, he  enjoyed huge mugithi fans.

Joseph Kamaru is defensible one of the greatest musician from central Kenya. Prior to his death on 3rd October 2018, the Kikuyu maestro enjoyed five decades of singing, and had recorded over 3,000 songs. He is a multi-talented artist who could comfortable entertain using a guitar, drum and keyboard.

Prior to his death, Ndichu was Kikuyu’s favorite musician who gave the best when it came to entertainment. His music has remained relevant to date.

JB Maina a popular kikuyu musician. He is famed for songs like ‘Muiritu wa Kabete’, ‘Tiga Kamute’, ‘Ni Maundu Maigana among others.

Simion Kihara is arguably one of best musician who Central Kenya prides itself with. He enjoys a remarkable four decades of successful music career. Most upcoming artists look up to him.

He is popularly known as Wa Esther. Over the last three decades, he has enjoyed a successful music career. Despite his long stay in entertainment industry, he has remained relevant to date.

She is one of the best secular musician central has ever produced. Some of the songs she released in early 90s are still enjoying amazing airplay.

Muraya was widely travelled musician who enjoyed amazing popularity. How he uniquely infused humour in his lyrics is one of the thing that made him stand out.

In his prime, he enjoyed unrivalled success in secular music but later his music career faded as he opted to venture into active politics.

Wanganangu enjoyed great success in his music career back in days where there was minimal competition.