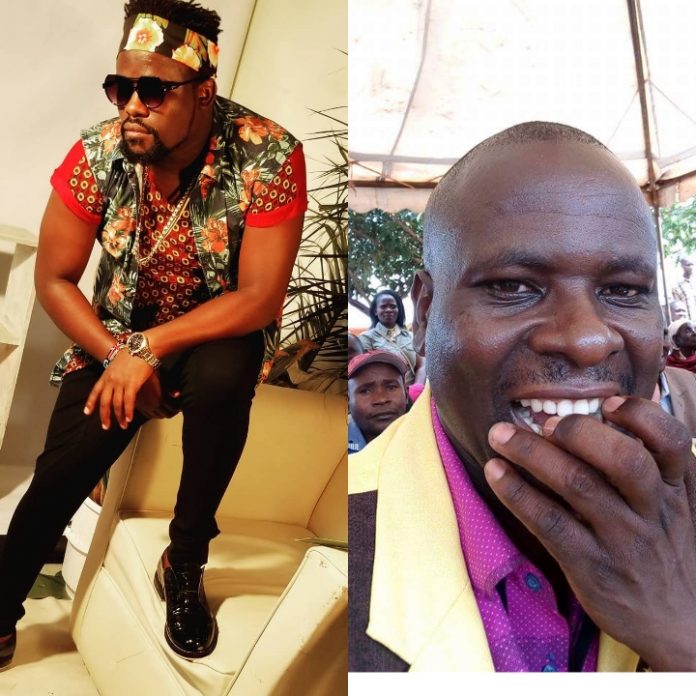 These are best Kisii musicians who have ruled airwaves in Kisii region. Jambonews has not arranged them in any particular order of preference.

Arisi Osababu is one of the finest musician Kisii land has ever produced. In his prime, he recorded many songs that have remained relevant to date. Omwanchi Jemima, Esabari ya Nyaribari, Kerito are some of his songs that will entertain many generations to come.

Though he died more than two decades ago, his music still lives on. In Gusii land he is defensibly the king of benga. May his soul rest in peace.

Bernard Onsongo Omwansa famously known as Onsongo O’Mosongo was a benga who entertained many in gusii region. He died in 2017 at the age of 41.

Onsongo was a member of the famous bana sungusia band. Its believed that he was the brain behind major hits released by bana sungusia. Nyaboke egeseganeke, boss, Amakweri, lideni, are among the songs he engineered.

Mr Onsongo hailed from Bogichora Ward in Nyamira County, where he was a one term councillor between 2007-2013. Rest in peace.

Sagero is arguably the best gusii musician currently. His series of hit songs is an indication that he rules when it comes to entertainment. How he fuses his lyrics in humorous manner is what makes him stands out. Eng’ombe ne’ngima, omogusii omokombizi, omoika bwo mosiki, Omosiki neriogo are some of his songs that have ruled airwaves in Kisii region.

His comic way of presenting his art of music is what puts him among the most sought after musicians in gusii land. He is famed for songs like Entururu, Ontimbu, Monto Mosacha, Omwachi Jemima, Rikurunyau among others. His latest song Nore Pipo where he was featured by Babu Gee and Miggy has completely taken over gusii airwaves.

She remains to be be among the best gospel musicians gusii region has ever produced. Rebecca uniquely picks amazing stories from the bible and turns them to great songs. Isaya, Omorembe and Nabothi are among the songs that will always make her the top of the game.

Douglas Otiso is defensible the best gospel musician gusii region has ever produced. Before he settled for his solo project, he used to sing as a back up artist for Rebecca Thomas. His hits songs like ekebe, tibwechaya, Tara, have remained to be source of solace to many.

Her good music made her to bag the coveted Groove Award Nyanza region in 2015 through the song Omorembe toe and in 2017 she was nominated through her song Laudikia. Currently she is doing well blessing many souls everyday.

Erick Mwaniki is gospel star with a unique voice that has proved beyond doubts that he rules when it comes to solace. His hit song, nayaeteire is currently doing well in gusii region.

Babu Gee was the brain behind the hit ujinga ni which received massive airplay countrywide. One of the song that made him a real gusii star is Ntwarwara, in which he fractured Vekta and Miggy. He is currently doing impressively great through the song Nore Pipo in which veteran star Mr Ongengo has been featured.

His lengthy stay in the industry and relevancy proves beyond doubts that Miggy is a real superstar. Nyaunyo, ligi kubwa and matendechere are among the songs that put him in A list musicians in Kisii region. He was also featured in the massive hit Ntwarwara that received massive airplay during 2017 general election.

Kwasakwasa is talanted musician who was initially a member of the popular bana sungusia. He later moved out of the group and decided to do solo projects. Ebitina is one of the hit song that truly defines his success in music industry. He is one of the most sought after Kisii musician.

Nyagwoka is arguably one of the best musician in kisii region. Obotaka tibori kegomi, is the song that made him not only popular but also most sought after musician.