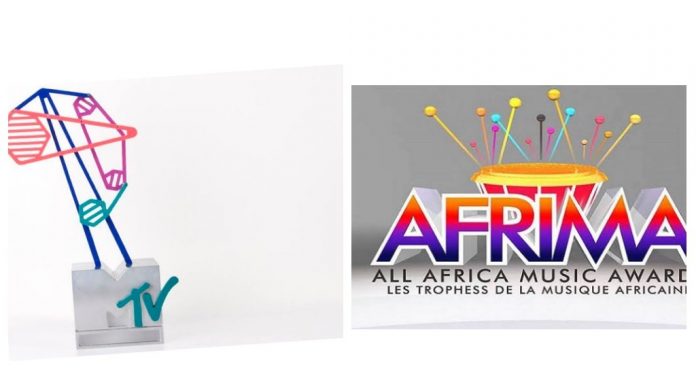 Music is beautiful, but do you know what is even more fulfilling about it? Being awarded for your musical talent. Africa has over the years been taking huge steps towards not only recognizing music and the art behind it but also awarding that talent. Today, let me let you in on top music awards in Africa:

It was established in 2008 by MTV Networks Africa. The driving force behind it was the need to celebrate contemporary music in Africa. Nigeria was home to the first 2 events, followed by Abuja and then Nairobi after which Durban hosted it for two years followed by Jo’burg.

It is a music awards event that takes place annually in the sub Saharan Africa. It was founded in 1994 by Ernest Adjovi but the first award wasn’t given until 1996. So far, KORA has staged 11 times in Africa with its main host centre being South Africa. For example, in 2005, Longombas from Kenya won the Best Group of East Africa award.

AFRIMMA stands for Africa Music Magazine Awards. It caters for all music genres. It started in July, 2014. The 2018 nominees list was dominated by the Coke Studio Stars. Nasty C won the best Male Artist in the South Africa category while Davido won the West African category. Wizkid won song of the year award, ‘soco’.

It is an All Africa Music Awards that takes place annually that promotes our unique African music worldwide. There have been 3 editions of it with the 4th one planned to take place in November 12, 2018.

HMA is a Ugandan music awards event that takes place annually, mostly during the first two months of the year. Its first event took place in 2012. Its main aim is to celebrate and promote music, musicians and art in Uganda and Africa at large. During the 2nd HMA which took place in 2013, Rema won the Best Female Artist Award and for the Africa category, Mafikizolo won the Africa video of the year award.

It came into life in 1994, having being birthed by two Kenyans; Tedd Josiah and Pete Odera. Its aim is to recognize and award efforts in performing arts in Kenya and in East Africa at large. The first few annual events were a success until 1997 when it was discontinued due to their own reasons. They came back in 2003, focusing more on music talent only but that also came into a halt.

South Africa Music Awards was established in 1995 with the aim of identifying and awarding musical talent in South Africa. The event takes place annually at around April. In the recently awarded SAMA, Prince Kaybee won the Male Artist of the Year while Mafikizolo won the Duo of the Year award.

It is a Kenyan annual Gospel award that was launched in 2004. Its main goal is to identify and reward artistes, producers and DJS in the music industry both locally and from around the region. The public gets to choose the winners after they have been nominated. Every year has a specific theme. The most recent Groove Awards, which happened to the 13th one, took place on June 24, 2018 at Kasarani Indoor Arena.