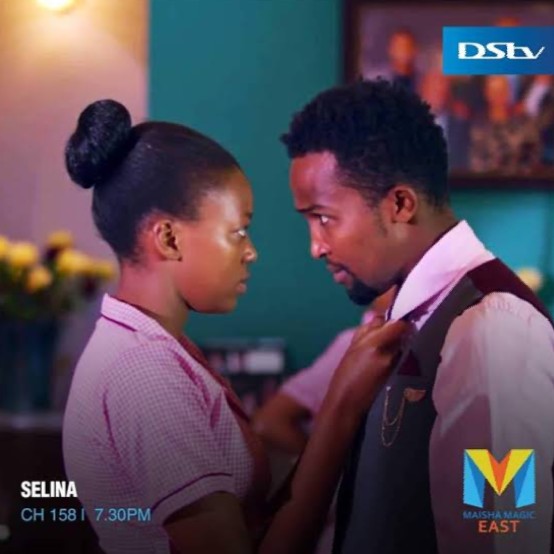 Selina is a Kenyan Swahili soap opera and telenovela that airs on Maisha Magic East on Go TV Channel 4 every week day from 8.30 pm till 9.00 pm. The show is currently available to stream or download on Showmax. Its reruns are also available on You Tube.

The series revolves around the life of Selina, a poor intelligent young woman who has just completed her high school education and awaits joining university. However, Krishna, her wicked stepmother, is not ready to let this happen. Instead, she is coming up with a plan on how to sell her off to work as a maid for the Mackenzie family so as to stop her from furthering her education. Sadly, Krishna succeeds in making Selina go work as a maid. Unexpectedly, Selina is loved by her employers because she has a golden touch to whatever she touches.

Selina currently has over 200 episodes.

Selina was shot in Nairobi, Kenya.

Kone died after being in hospital after an ugly accident. He played Reagan in the show. May his soul rest in peace.

After adding in the fake Nelson, viewers are claiming the show is becoming fake and that it is a waste of talent.