More
HomeEntertainmentRichest musicians in East Africa 2021 and their net worth

Richest musicians in East Africa 2021 and their net worth 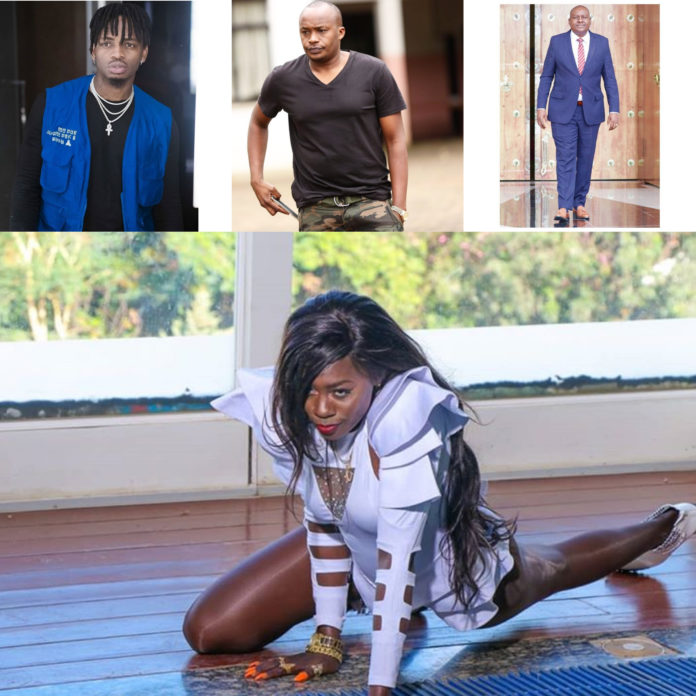 Joseph Mayanja better known by his stage names, Jose Chameleone, Joe Chameleone or just chameleon is one of the most popular musicians from East Africa.

Chameleon is a reggae musician and makes most of his songs in English, Swahili, and Luganda. Joe became really popular after the release of his first album “Baygeya” which was aired continuously in the country and became a hit.

Joe is often credited as the father of modern Ugandan music in the turn of the 21st century as a result of his fame, works, and numerous hit songs some of which has become popular catchphrases in the country like Basiima Ogenze, Nekolera Maali, Shida Za Dunia amongst many others.

The songwriter has produced hit after hit, therefore, making him the best artist in East Africa no doubt about that. Before he was compared to Alikiba as the two were competing neck to neck but Diamond Platnumz managed to lay things to bed.

Akothee is one of the richest female singers in Kenya. Her best shopping destination for is in Europe.

She drives costly cars and has many luxurious homes in many parts of Kenya. She has had to struggle to survive in order to get to where she is now. The Akothee life story is really painful.

She got married at an early age of 14 to a school going guy but later he dumped her as he was getting wealthier; but she was strong enough to bear all this and became one of the most praiseworthy singers of Kenya.

The legislature started his music career in 1990 and has since dominated the industry. Every singer emulates him and looks up to him for direction-he has nurtured many talents.

Professor Jay has invested heavily in the entertainment industry, real estate and transport business. He owns a posh home in Dar es Salaam, a Range Rover and a host of other cars.

Though currently he is a distant behind Diamond and Ali Kiba, Professor Jay still has a fan base, which comprises of mostly youths above age 30.

Jaguar real names Charles Njagua Kanyi is a Kenyan Musician and Politician.He is among the wealthiest young artists in the East African Region. He is known to be a philanthropist and will splash money everywhere he goes.

Charles first made forays as a recording artist in 2004 where he recorded and released his first Single “Utaweza Kweli” under the Mandugu Digitali record label.

He later joined East Africa’s music power house, Ogopa Deejays in 2005 where he recorded and released several singles among them his most popular hit single “kigeugeu.”

Bobi Wine was born on the 12th of February in 1982 in Mpigi District south west of Kampala capital.

He had a TV reality show dubbed Ghetto President Reality Tv show that was all about caring for his children. This made him be appointed as the parenting ambassador by ‘Twaweza’

Bobi Wine started making music in the early 2000s. His first singles were Akagoma, Funtula, and Sunda (featuring Ziggy D), which brought Wine into the limelight.He was previously part of the group Fire Base Crew. Later he formed a new group, Ghetto Republic of Uganja, which he leads

Then he tried his luck again in 2000, and recorded Abakyala, this didn’t do well either. By then he was in his first year in Makerere University and made mud bricks during his free time. He also did painting, while he was a porter at a building site.

Note: Jambonews.co.ke cannot independently verify their exact net worth,  these are their estimated net worth  according to Wikipedia, Forbes & various online sources.