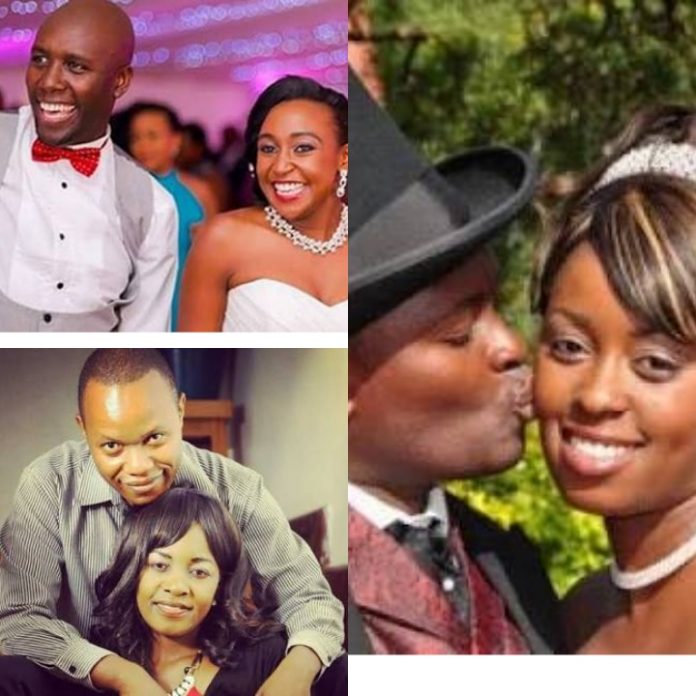 There is is a very thing line between love and lust. It’s difficult to differentiate between the two however time is usually the best determinant. People marry for different reasons, others do it for fame while others do it due to pressure from parents.

A marriage whose foundation is based on love will last unlike that which is based on lust and fame. Here is a few of Kenyan celebrities whose marriages never worked, despite hyped and highly colourful weddings.

Gloria Muliro tied a knot in a highly colorful wedding with her husband but five years later, they parted ways. The celebrated gospel musician, broke up with her husband on pretext that pastor Erick Omba was abusive and promiscuous.

Okari is an investigative journalist at NTV while, Betty is a news at KTN. The two are arguably among the biggest name in Kenyan TV space. They married in highly publicized wedding. Despite of the spending a honeymoon in Malaysia, their love marriage never lasted.

Jackson Makini alias Prezzo is one guy who has endlessly changed women in his life. He has dated notable celebrities like Sheila Mwanyiga, Noti Flow among others. Though he had affairs with several women, there is one who sired a kid for him and they even married each other.  Daisy Kiplagat was married to the renowned rapper but they later parted ways.

The one time radio presenter who also unsuccessfully attempted music married Nugari in a much publicised wedding. The two stayed together but later parted way because of infidelity.

The celebrated TV personality married Moses Kanenne in a colourful wedding. Unfortunately, the two broke up few  years later into their marriage. The two were blessed with a daughter.

6. Shaffie Were and Debbie Asila

The two dated way back when though they didn’t make their relationships public. However few years later, they broke up and Debbie moved to US. They were blessed with a daughter.

The former citizen TV anchor, was married to George Ng’ang’a but later they divorced.Before parting ways, the two were bleasse with a beautiful daughter.

Anne was once a happily married woman but later things turned ugly. The Citizen TV anchor, cited domestic violence as one of the reason that made her move out of her relationship. Prior to their divorce, Kiguta and her husband were blessed with a kid. After the break up, Anne went on to marry someone from President Uhuru Kenyatta’s extended family. She has twins with the man.