Gubernatorial race in kisii county takes on another trajectory after a section of the Orange Democratic Movement Party members accuse the outgoing Governor James Ongwae for meddling with ODM campaigns. 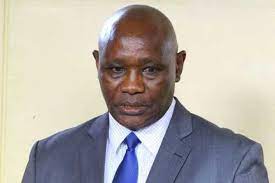 Governor James Ongwae is by default expected to head the ODM secretariat campaigns in Kisii county. However, his frosty relationship with the outgoing Dagoretti North Member of Parliament Simba Arati, who is also the Orange Democratic Movement gubernatorial flag bearer, seems to have taken the center stage.

A fresh row erupted on June 6th among members of the ODM Party in kisii after County Secretary, Patrcice Lumumba,  was appointed to head Azimio La Umoja One Kenya Coalition Party campaign teams

Critics of the outgoing ODM governor have it that Ongwae cannot engage public servants in a game of politics and active campaigns.

According to Monda, the ODM Deputy Governor designate, who also amounts to a church elder, pleads with Governor James Ongwae to come out clean and declare support for a fellow ODM gubernatorial aspirant.

According to her, The outgoing governor has plans to soil the ODM campaigns in kisii and that it is Raila Odinga who will bear the blunt slide. As a remedy, she recommends that the governor should stop hiding, come out clean and support the ODM candidate in kisii candidly.

READ ALSO:Mongare Nyambane Vows to Continue with His Presidential Campaigns

The outgoing Dagoretti North Member of Parliament Hon Simba Arati on his take believes that he is the ODM Party gubernatorial candidate and that he has the mandate to constitute teams that will coordinate campaigns in Kisii county from constituency to county level.

Kisii County Gubernatorial race has attracted a total of six candidates, four coming from the Azimio La Umoja One Kenya Coalition Party. They include: Prof Sam Ongeri who is vying from the DAP-K party, Dr. Onchiri from The Usawa Party, former senator Chris Obure of the Jubilee party, Ezekiel Machogu of the UDA party, and finally Joash Onyachwa, an independent candidate.

Governor James Ongwae has severally been quoted accusing Simba Arati as uncouth and unorganized man who has no respect for the old nor for his administration.

According to him, Simba Arati is confrontational, cynical and impulsive. Therefore, his experience as a county government administrator puts him at a crossroad.