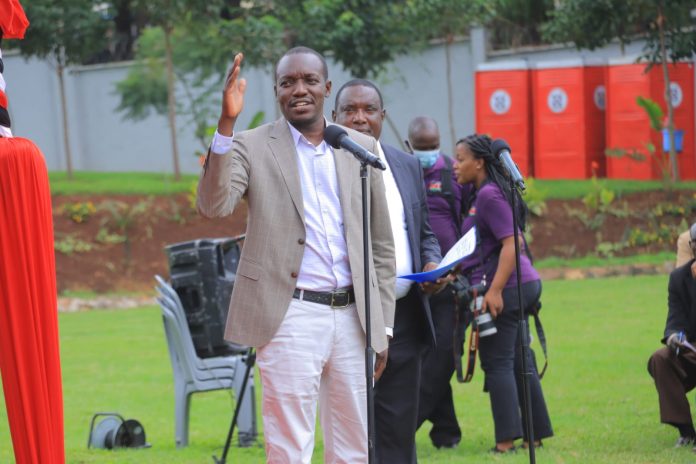 Simba Paul Arati is a governor elect for Kisii county in the just concluded general elections. He takes over from

Simba Arati was born on the 28th of November 1981 in Gucha, Kisii county, Kenya. He celebrates his birthday on 28th September every year.

He received his secondary education at Suneka High School in his early years and was awarded the Kenya Certificate of Secondary Education (KCSE). Later, he enrolled at the esteemed Kenya Polytechnic, from which he received a diploma in tourism management.

He is also a graduate of the Jaramogi Oginga Odinga University of Science and Technology in Bondo, Kenya, with a degree in international relations.

Simba Arati, a governor elect for Kisii County, is married to a Chinese woman, and the couple has two children.

Arati, who graduated from Guangzhou University in China in 2006 with a degree in business management, met his wife there.