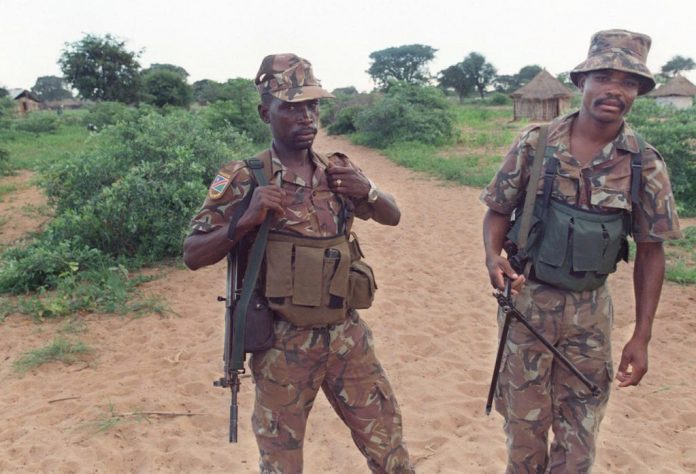 On the other hand well-equipped, and best trained military force is what makes the country more secure and confident in terms of handling security issues.

Read also Countries without armed forces in the world 2018

Here is a list of weak Armed forces in Africa 2018

This is one of the country which is the most insecure since in Africa. Apart from having a weak military prowess, the country has also been criticized for its lack of military prowess but also for corruption, human rights violations, and general incompetency.

Eritrea’s armed forces has one of the highest concentrations of conscripted men of any army in the world, which it uses more for forced labor than to secure its borders or fight al-Shabab terrorists. This makes the country to have the weakest military force.

Currently, The Gambia National Army consists of 900 soldiers, with a total of 12 armored cars. Many of its soldiers are deployed in other African nations as peacekeepers. The country has a small navy consisting of around 250 personnel. Without much of a budget, the navy has relied mostly on donations to update its fleet. In 2013, Taiwan donated 3 eight ton armed vessels to replace the Gambian navy’s somewhat aged ships.

Nigeria is struggling with an ISIS-affiliated insurgency from Boko Haram (of “Bring Back Our Girls” fame). Despite Nigeria’s oil wealth (the Nigerian oil industry is the largest on the continent), its military is ill-equipped to combat this Islamist uprising. The country’s armed forces is underequipped, their armored vehicles don’t actually move.

The Somali National Armed Forces is made-up of around 12,000 active soldiers, with 24,000 acting as reserves. On land, it has 140 tanks and 430 armored fighting vehicles. It’s air force was all but non-existent, until in 2012, Italy said it would help Somalia rebuild it. The biggest blow to Somalia’s armed force is a Somalia’s a meager budget of only 58 million dollars.

The armed forces of this country also falls under the category of the weakest in the continent. Its Defense budget is about $13 million and Military personnel of 10,750. Airpower: 7 aircraft Armor power: 12 unitsNaval power: 10 watercraft.

The armed forces in Mauritania is well described below:

Madagascar also find itself as one of the country in Africa with weakest armed forces in Africa. It’s armed forces can be well described as follows;