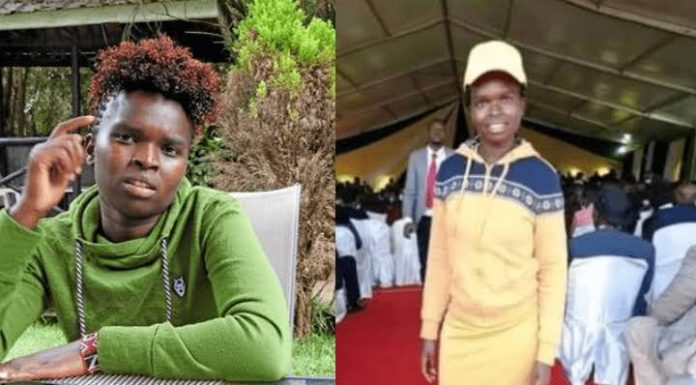 The truth is that politics in most Africans countries does not favour young politicians or those that are little-known. However, Kenya is making tremendous strides in changing this  mindset.

Kenya’s 2022 General Election attracted a number of young politicians. Even counting of votes is underway most political bigwigs failed to put their best foot forward to win heart of electorates, leaving the chance to youngsters who will take the leadership mantle in the next five years.

Evidently, most of the young leaders who have been elected hails from the larger Rift Valley region.

As the United Democratic Alliance (UDA) party’s candidate for the Nandi County Woman Representative, Muge was elected at the age of 27 to become one of Kenya’s youngest legislators.

She was elected to represent Kilibwon Ward in Nandi County as an independent in 2017 at the age of 24, becoming the country’s youngest MCA.

Muge is a PhD candidate who works as a physical planner and has a master’s degree in project planning management.

Chepkorir, a 24-year-old legislator, is now the youngest in Kenya. Alice Migo, who received 42,171 votes, was defeated by her with 242,775 votes. She was elected with the UDA platform.

“Thank you Bomet county for your overwhelming support all through my political journey.

“I will deliver what I promised you during my campaigns,” marveled Chepkorir, better known as Toto.

She holds a bachelor’s degree in business administration from Meru County’s Chuka University and will represent Bomet County’s women for the next five years.

Along with Toto, Orikai is one of the nation’s current youngest elected officials.

Orikai, a 24-year-old Wiper candidate, was chosen as the Member of County Assembly (MCA) for Matapato North in Kajiado County. He graduated from KCA University as an accountant.

Lemengit will be among the 13th Parliament’s youngest legislators, putting him in a situation where he will have to compete with more seasoned and seasoned lawmakers for the ensuing five years.

He was elected on a UDA ticket and will serve as the MP-elect for the Emgwen Constituency. Lelmengit, who is 28 years old, works as a civil engineer.

“Thank you Emgwen for electing me to serve you as your Member of Parliament. I am honored and humbled by your trust in me,” Lelmengit stated after being declared winner.

“The support is incredible, the believe in change and hope of a better Emgwen is real. You have done your part and I reassure you I will do mine to deliver on my mandate. God bless you and God bless Emgwen Constituency.”