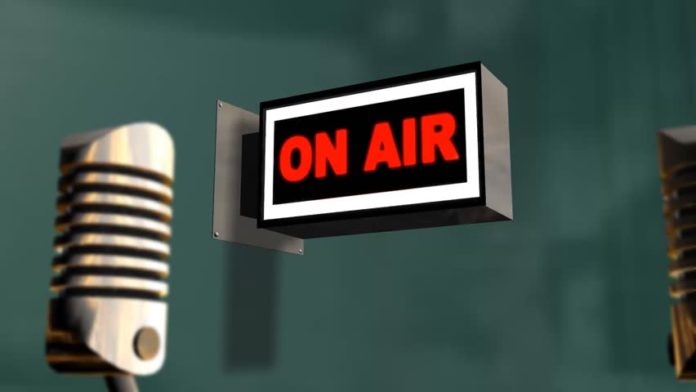 Here are the top ten most popular Kenyan radio presenters in no particular order.

Willy M Tuva is the true ‘face’ of Kenyan contemporary radio industry which has since come of age.

He will forever be credited with pushing East African music to be heard in local radio stations through his popular show, Mambo Mseto and Mseto East Africa.

With his mastery of Swahili music, up to date information on all the latest entertainment news, coupled with his charm and wit, Will M Tuva has warmed his way into the hearts of young Kenyans and continue to shape the radio stations.

Jalango whose real name is Felix Odiwour is one of Kenya’s wittiest media personality.

He is a Kenyan director, an actor, a comedian, MC and a radio show host.

With no college or university degree many would have given up and resorted to doing menial jobs but not Jalango. His comic side has since opened doors for him and he is now one of the highest paid MC/Event organizers in Kenya.

Maqbul Mohammed is one of Kenya’s most familiar faces and voice. He is radio presenter and currently works as presenter at Capital FM.

Maqbul is also a successful TV actor and has featured in numerous television series, films and commercials.

His major breakthrough to the entertainment industry was in 2006 when he starred in a local TV drama called Makutano Junction series.

He has subsequently appeared in a number of films such as; Behind Closed Doors, Kwani Readings Weakness and All Girls Together.

In between he still finds time to do other jobs and has worked as floor manager, director, producer and even runs his own company

If freshness, boldness and unapologetic raw African gusto ever have a face it will be the face of one Fareed Khimani.

The radio guru who worked for Nation FM in the early 2000s is back with a bang on air after a brief hiatus.

With his fiercely independent mind coupled with raw guts, Fareed is one of Kenyan legendary Radio and TV personality.

Rachael Muthoni aka Mwalimu Rachael is a radio and TV presenter. She is currently the head presenter at NRG radio.

She started off as an intern at Homeboyz though she did a brief stint at Ghetto Radio.

She is also an MC, voice over artiste, social media influencer and a motivational speaker.

Mwalimu Rachael says she became interested in the media at a young age.

Daniel Githinji Mwangi, popularly known as Mbusii is one of the most popular radio personalities in the Kenya. His sheng’ speaking prowess is unmatched and has given him a niche in the reggae Radio shows in the country.

He started his blossoming radio career at Ghetto Radio where he quickly commanded a large fan base hosting one of the biggest reggae shows in the Country. He then moved from Ghetto radio to Radio Jambo where he is currently based.

Anita Nderu is one of the most versatile media personalities in Kenya.

She is a TV and Radio Presenter, emcee, voice over artist & social media influencer.

Anita has worked in the Kenyan media industry for the last seven years and currently works at Capital FM. She is also a panelist on NTV’s The Trend #TTTT show.

She was named among BBC’s 100 most inspirational and innovative women in 2017.

Other great radio presenters include

Writing a technology essay is not an easy task. It requires an in-depth understanding of the topic, the knowledge of proper structure and format,...
Read more
Entertainment

You may have heard about Morimbocho a song by Gusii's fastest upcoming artist, Superboy Junior. Today we had time to talk to him and...
Read more
Jambo Info