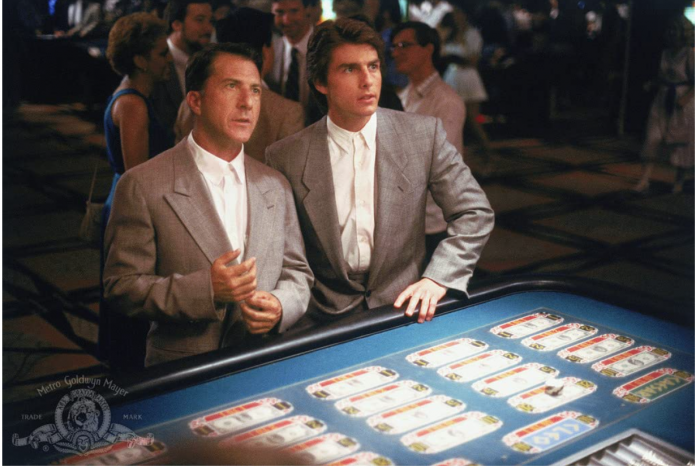 There are several reasons why many people fall in love with playing casino games. First of all, playing casino games gives you the chance to win huge amounts of money – who wouldn’t like that? Also, gambling gives you the thrill of the risks that each game brings. Free spins in slot games can certainly get your heart rate up a bit, and a game of poker can be intense enough to make you sweat. With that in mind, gambling scenes in some of the most popular movies certainly add emotion and help build the scene.

It’s always interesting to see scenes of high-stakes casino games, especially when the characters’ exceptional skills are really on display. Over the years, many movies have honoured the craft of gambling.

The fact that these movies and scenes represent a world that is more and more strange to most modern viewers makes them all the more valuable in today’s society. Today, the majority of casino action happens online as there are many online casinos, including in Kenya. And while there are some fascinating game options, like a huge selection of slot games with free spins no deposit Kenya, they don’t quite convey the authentic experience.

On that note, here are some of the best gambling scenes in Hollywood movies that you must watch.

Caesar’s Palace in Las Vegas served as the location for this famous gambling scene. Tom Cruise and Dustin Hoffman are estranged siblings, with Dustin Hoffman playing an autistic savant. Hoffman can count cards, and Cruise learns this during a game of blackjack. They benefit from this since they are able to walk away with significant wins. Hoffman’s mathematical prowess is on display in the scene, but the major focus is the reconciliation of two formerly separated siblings. Actually, despite the fact that the film is filled with amazing moments, this blackjack scene is one of the best.

Of course, “The Hangover,” which rather accurately parodies the identical scenario, follows “Rain Man” immediately. The counting skills of Zach Galifianakis’ character, who serves as Hoffman’s counterpart, are exaggerated in this version for greater dramatic effect. Bradley Cooper plays the encouraging friend who just yells and swears in the background as the stakes rise. Ed Helms and Heather Graham join them at the table, with the latter being figuratively knocked off her feet by Galifianakis’ audacious moves.

The third part of Steven Spielberg’s Ocean’s film series takes place primarily in a Las Vegas casino. The movie’s last scene is probably the famous slot machine scene. In this scene, Rusty sets up a slot machine at the airport in Las Vegas for the jackpot. He gives the food critic, who had previously been treated horribly by Ocean and his friends, the seat at the machine. We can hear the slot machine dinging and see Rusty walking away in the background as he wins 11 million dollars. The movie’s thrilling atmosphere will undoubtedly entice you to try your hand at slot games yourself, and we recommend Mozzart casino Kenya for the best experience.

With an agent 007 who is still very new to the job, “Casino Royale” sets itself apart from other Bond films. There are a few poker scenes in the movie, but Daniel Craig and Mads Mikkelsen battle off in the most well-known and important one. According to investigative journalist Lee Ferran, James Bond wins money by using “a progressive strategy on red,” or adjusting bet amounts in accordance with the outcome of a recent spin. Bond misses a few shots at the beginning of the game despite this strategy, but as the suspense builds, so does his performance. Craig’s Bond encounters the villain’s goons in the middle of the game and then must survive a poisoned beverage before returning to the table, placing a victorious wager, and winning over $100 million.

21 transforms an intriguing math and business story into a sort of a heist movie with a lot of young, attractive actors (Jim Sturgess, Kate Bosworth, Aaron Yoo, Jacob Pitts, and even Josh Gad) trying to pull one over on Kevin Spacey. This movie is based on the true story of a group of MIT students who, with the support of their professor, decide to start the infamous adventure of blackjack card counting. They begin in several lesser casinos before moving on to Las Vegas. According to a production article, the scenes were filmed in a real casino to retain the film’s authenticity. Although separating the 200 extras from the civilians was difficult, the end effect is one of the greatest gaming scenes in the film.