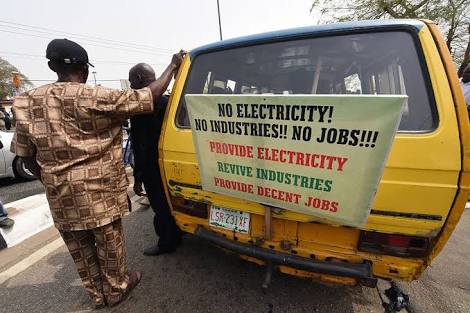 Quantum Global Research Lab is a London-based institute that provides a well researched Investment Index which aims to provide a guide to the investment attractiveness of countries in the short-to-medium term.

The Index covers all 54 countries on the continent and is based on six factors stated below;

Somalia is ranked as worst in Africa and the second worst nation in the world after North Korea.

Eritrea officially the State of Eritrea, is a country in East Africa. With its capital at Asmara, it is bordered by Sudan in the west, Ethiopia in the south, and Djibouti in the southeast.

The country suffered a terrible coup during the 1960s and 70s which destabilized the country massively. 50% of the country is completely illiterate.
Although the country has the potential to be very rich due to the heavy presence of diamonds, abysmal management, massive corruption and very weak government regulations is a big setback in the country.

South Sudan, officially the Republic of South Sudan, is a landlocked country in northeastern Africa that gained its independence from Sudan in 2011. Its current capital is Juba, which is also its largest city. Since its independence the country has been characterized by civil war, poverty, and terrorists.

When the country’s name is mentioned Ebola is what comes into mind. People fear Ebola and this shuns potential investors.

Liberia, officially the Republic of Liberia, is a country on the West African coast. Liberia means “Land of the Free” in Latin.

Always on the verge of civil war, corruption and from top to bottom. Roughly 70 percent of female population victims of sexual assault.

Malawi, officially the Republic of Malawi, is a landlocked country in southeast Africa that was formerly known as Nyasaland.

Equitorial Guinea is a probably one of the most ignored countries in Africa, but it is also one of the most extremely corrupt countries in the world. It is not far away from the DPRK in terms of it’s lack of press freedoms. It has some very, very, very rich people in the government, but most people live in complete abject poverty, ruled by the son of one of Africa’s most insane dictators in history.

Gambia, established in February 18, 1965, is located in western part of Africa. The capital of Gambia is called Bunjul, the other major city are Serekunda and Brikama which are the two biggest city’s in Gambia.

Extreme dictatorship in the country is what puts off investors.

Madagascar, officially the Republic of Madagascar, and previously known as the Malagasy Republic, is an island country in the Indian Ocean, off the coast of Southeast Africa.

Read Also Worst companies/ employers to work for in Kenya 2018