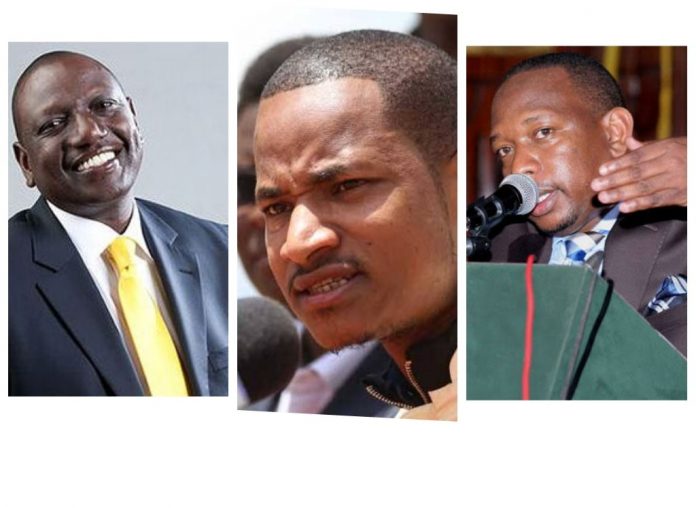 We all get to hear that politics is a dirty game. However dirty the game is ( or may seem) , there are some politicians who have finessed their way up and ladder through thick and thin. Today, let’s take a moment to identify and acknowledge them;

His real name is Mr. Mike Gideon Mbuvi but he is commonly known by his alias. Sonko is the current senator of Nairobi county, being the first one in line since devolution. He has hailed from a humble background. He went to Kikowani Primary School then to Kwale high School. Sonko’s breakthrough was in 2010 when he decided to run for the parliamentary seat of Makadara and he won. As the current senator of Nairobi, Sonko does his best to ensure that he meets and surpasses his agenda and promises. For instance, he launched the Sonko Rescue Team which is an NGO that provides services to people living in slums in Nairobi. His team also goes by in promoting beautification around Nairobi.

Mr. William Samoei Ruto is the current Deputy President of Kenya. He refers to himself as a hustler because he believes that he is go-getter spirited. He is well learned, having bagged himself a PhD and even a masters in Environmental Science. Ruto has been in the political field since 1992, tirelessly working himself up the ladder year after year. Over the years, he has been able to master the art of playing his cards right, attaching himself onto the winning team. He was once a member and Secretary General of KANU. At some point in time, he was a member of ODM then later shifted his support to Jubilee and that landed him his current position. It is said that he will run for the presidential seat come 2022.

Mr. Paul Ongili Owino was born and raised in Kondele in Kisumu. His mother could barely afford to fend for the family and so after primary school, she couldn’t take him to Mang’u High, where he had secured a seat. He ended up going to Kisumu high where he performed exemplary well. He later joined the University of Nairobi where he became the chairman of SONU, 2011/2012. Babu has 2 degrees from UoN; Bachelor’s degree in Law and another degree in Actuarial Science. In 2013, Babu decided to run for the parliamentary seat of Westlands but he lost it to Mr. Timothy Wanyonyi. That clearly did not bring his spirits down because in 2017, he ran for the parliamentary seat of Embakasi East under ODM and he won. He is the father of two commonly used slogans; ‘tibim’ and ‘tialala.’

He got into politics in 2004. In 2007, he became the MP of Kisauni and became the minister of transport. This paved way for him because in 2013, he got elected as the first Governor of Mombasa county. He is a close ally to Raila Odinga who is the opposition party leader. Despite there being rumours that Joho performed poorly in school, he has given his haters more reason to hate by owning a beautiful home, flashy cars and having a beautiful wife, clearly letting them know that there is more to life than academics.

Mr. Charles Njagua Kanyi has over the years been known as the musician behind the hit song ‘ kigeugeu’ . Jaguar hails from a humble background, having being born and raised in the suburbs in Nairobi. He was a matatu town for a while before deciding to pursue his music career. Jaguar was placed in the board of NACADA by President Uhuru Kenyatta but he later resigned and went for the parliamentary seat of Starehe ward under the Jubilee ticket and he won.

He is widely known as the renowned journalist behind ‘Jicho pevu.’ He went for the Nyali constituency parliamentary seat in 2017 and he got it.

At 24 years of age, he is currently the youngest MP. The Igembe South MP was a third year student at Mount Kenya University where he was pursuing a bachelor of Arts degree at the time when he went for the parliamentary seat as an independent candidate. He won the seat in 2017.

The Kibra MP is said to be the most hardworking Member of Parliament in Kenya at the moment. Having being born and raised in Kibra, he knows what exactly his people need and so after being elected as the MP of Kibra in 2017, he has worked tirelessly to ensure that he achieves the set goals. He has initiated major development projects in the slum area such as the construction of Mbagathi Girls High School and also organizing major clean up exercises around the slum. He is also the voice behind the push for bhang legalization in Kenya.

He is the current Majority leader of the National Assembly of Kenya. Before he got himself into politics, Aden Duale has been a hardworking person that has worked as a graduate teacher, a clerical officer and a businessman. In 2007, he went for the Dujis parliamentary seat which he won. He later joined ODM and became the National Vice Chairman in Political Affairs until 2011 when he left ODM and joined URP which merged with TNA to form Jubilee party that won in the 2017 elections. Since he is very vocal, he was able to become the majority leader of the NA. 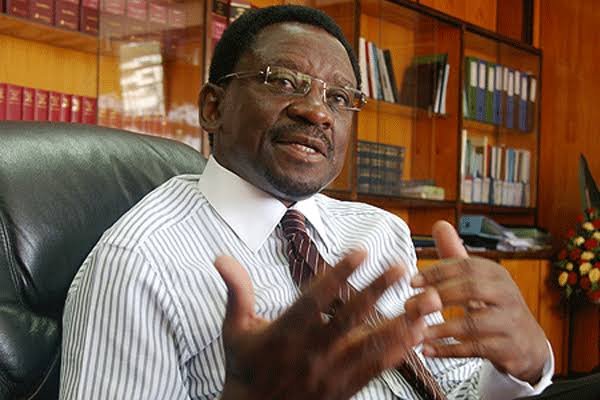 He is the current senator of Siaya county. Mr. Orengo is claimed to be one of the best lawyers in Kenya and he even got to defend Hon. Raila Odinga in the supreme court which led to the nullification of president Uhuru Kenyatta’s re-election.