More
HomeGeneralThere is Nothing Wrong With Kimwarer: William Ruto

There is Nothing Wrong With Kimwarer: William Ruto 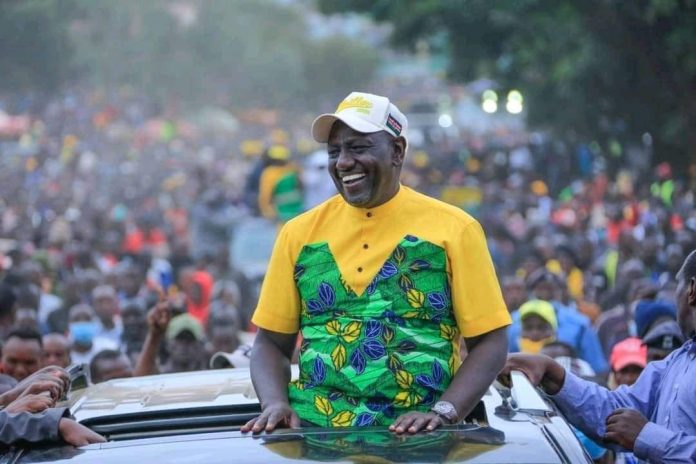 William Ruto found himself between a rock and hard place when asked to explain how he could take credit for the Jubilee Government`s success and not part of its failures. In his witty response however, William Ruto claimed that you cannot deny him what is his.

Asked about how he was linked to the Alor and Kimwarer dam scandal, the Deputy President claimed that the issue was publicised in bad light to color his name in blood. And therefore, does not understand why the dams scandal was still active despite the findings of the Auditor General..

According to the auditor general, a total of 14bn was lost in the Alor and Kimwarer dams. However, in the recent past, the deputy president had alleged that the amount of money lost was 7bn and not 14 billion as other politicians alleged.

Reports from the court records show that former cabinet secretary for treasury, Henry Rotich and his permanent secretary Kamau Thuge among 26 others, were in 2019 arraigned before court to explain how the government lost a total of 14 billion meant to build dams.

In the first term of the Jubilee Administration, an Italian bank; Intesa San Paolo loaned Kenya a total of 16.2 bn for construction of the Alor and Kimwarer dams.

Ruto however would not claim responsibility on the 30% total income that the auditor general claims the government cannot account for.