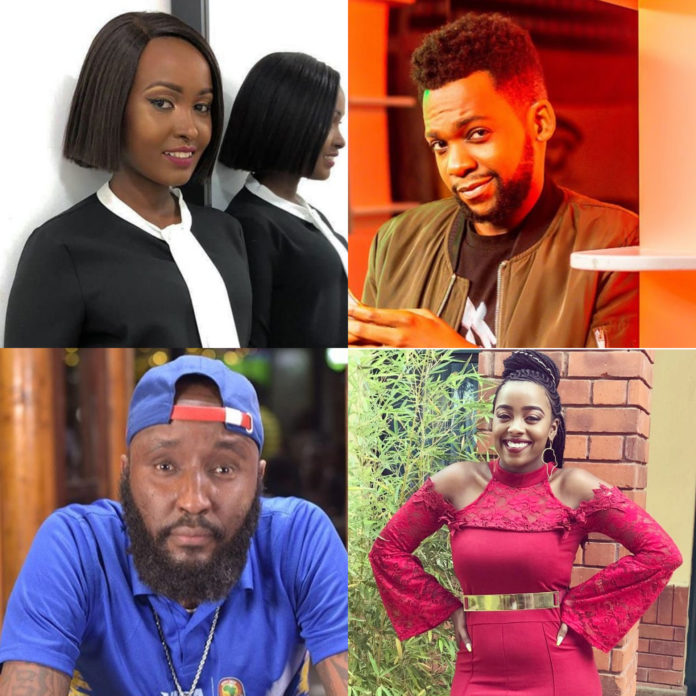 They gained lots of viewership because of its amazing presenters whom many are celebrities. Let’s take a look at this presenters before we look at their local shows.

Shaffie Weru is a media personality better known for his flashy lifestyle from classic watches, crazy shoes to high end vehicles that’s Shaffie for you.

Most people know DNG as a MC. For a long while DNG has been ‘mceeing’ top events among them Sauti Sol’s Kenyan tour in 2017.

DNG hosts Happy Hour show that airs on Friday along side Shaffie Weru and DJ Kalonje.

Tamima Ibrahim is one of the most vocal media personalities Kenya has ever seen. The hot lass is also the Head of Content at Switch TV.

Tamima steers Real Talk that airs every Monday and Tuesday at 8:30 PM.

Kush Tracey works with Switch TV as a host of Chat Spot a show that she hosts alongside three other ladies.

Kush Tracey is a musician who turned from secular to gospel attributing her success and endeavors to the most high.

Nzula Makosi is one lady that made radio something so very precious. Before joining Switch TV, Nzula worked with Captain Otoyo also known as Cleophas Awinja in hosting a show at Milele FM dubbed Milele Drive.

At Switch TV she is part of the team that hosts Chatspot.

Jacky Matubia better known as Jolene on her previous days as an actress at Tahidi High works with Switch as a host.

Along side three other beauties Jacky hosts Chatspot.

Nonny Gathoni is famously known for hosting The Wedding show.  Nonny completes the team of ladies hosting the Chatspot show.

The show airs every Monday to Thursday from 5 to 6 PM.

Ann Mwaura o a radio host at Capital FM steers Daily 10 an entertainment show that airs for 30 minutes from Monday to Thursday.

Daniel Peter Weke is a reknown actor and also a host of entertainment and music show Switch Board.

He steers the show alongside DJ Sami Flinch and actor Manasseh Nyagah.

Manasseh Nyaga is a vocal Kenyan actor featured in most Kenyan commercial adverts. He is also a host at Switch TV heading Switch Board along side DP Weke and DJ Sami Flinch.

Switch TV has a host of local shows that includes;