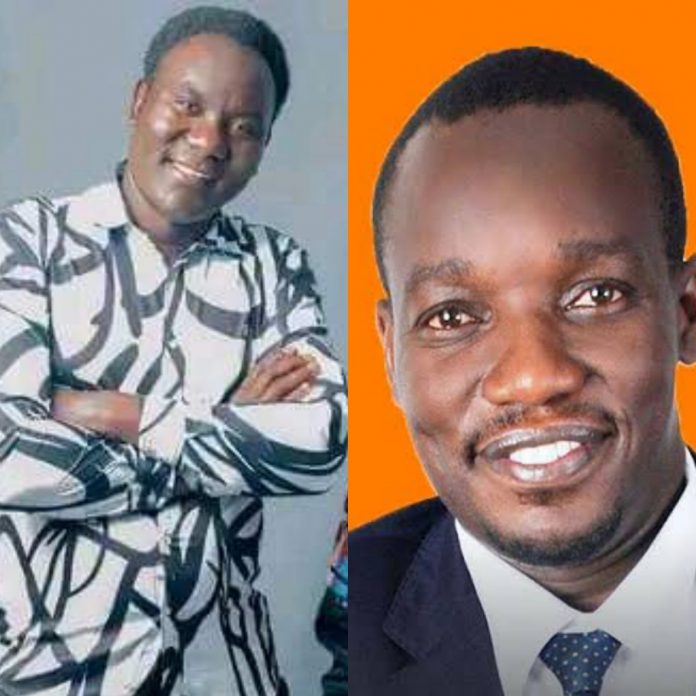 News about Simba Arati’s Win as the second governor of the Kisii county did not only leave many jubilant, but also came with a sigh of relief. Change is as good as rest.

Simba who is currently the member of parliament for Dagoreti North constituency (Nairobi) will take the mantle of leadership from James Elvis Omariba Ongwae, who took over as the first governor in 2013.

Arati’s win was not a walk in the park. It entailed surmounting several hurdles. He trounced Hezekiel Machogu of UDA and several others who were in the gubernatorial race.

His win however, involved concerted efforts from couple of people. One of the persons who defensibly played a vital role in Arati’s win is the little-known-musician, Joseck Mambo also known to many as Asango Nyabuyoma or MJ.

Joseck Mambo composed a singalong hit song that heaped myriads of praises on by then Kisii county gubernatorial aspirant, Simba Arati. The song Dubbed Simba Ne’taya turned out to be an anthem in the whole gusiiland.

Simba Ne’taya loosely translates to Simba is a Lamp(source of light).

In one of the interviews, Simba Ne’taya hitmaker revealed his requests in an event Simba Arati clinches the county’s top seat.

In no particular order of preference, Joseck had only two requests. One of the requests is Simba Arati to gift him a car. This will ease his movement while going for shows.

The other request was the governor elect to assist him in organising for shows in United states of America so that he can showcase his talent to fans in USA.