President Uhuru Clips the Wings of the Office of Deputy President 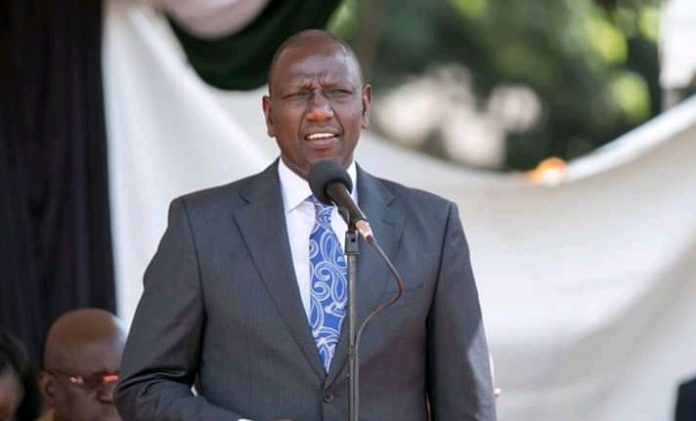 Executive order by President Uhuru Kenyatta has abolished the Presidency and instead put the office of the deputy President under the office of the president.This implies,DP will no longer have power to hire staff, instead the powers has been designated to head of public service.

The DP also loses the powers to hold delegations at his official residence office and the Harambee House Annex office without seeking the authority of the President or being assigned to do so.

The order that was gazetted today stipulates that ;

1.The government shall be organized as set out in the order.

2.The order contains portfolio responsibilities and changes made in the structure of government.

3.The order assigns functions and institutions among ministries and State departments. 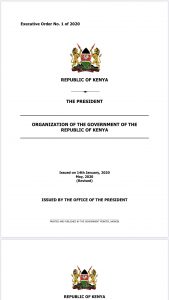 President Uhuru Kenyatta and his deputy have not been seeing eye to eye since he took an initiative to handshake with ODM and opposition leader Raila Odinga in March 2018. 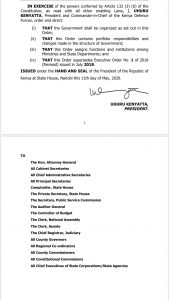 The DP has severally and openly opposed most of President Kenyatta’s plans especially The Building Bridges Initiative(BBI). This has resulted to majority of the politicians allied to him removed from positions of power.

This goes on as now the axe is in the National Assembly Parliamentary Committees where his allies have been notified true the new Majority chief whip to vacate committees they hold or explain reasons that can make them be retained.

The above changes and the one done this afternoon means that DP Ruto is being ‘clipped’ according to analysis by political scientists.