More
HomeJambo InfoPre-Exposure Prophylaxis (PrEP) Use in Kenya 2018,Where and How to get PrEP...

Pre-Exposure Prophylaxis (PrEP) Use in Kenya 2018,Where and How to get PrEP In Kenya,Who Should use PrEP 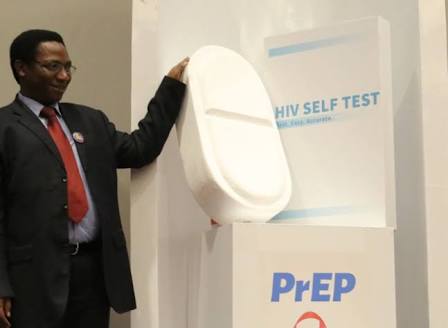 HIV has proved to be one of the most feared disease in the world. The good thing is that great advancements have been achieved as far as combating the disease is concerned.

One very important thing concerning this pandemic is knowing one’s status. Frequent testing is recommended and if one find the is infected early treatment should be commenced. Knowing you are HIV positive will put you in a position to start treatment and adopt interventions to prolong life.

Among major milestones in the fight of HIV infection is discovery of PrEP drug. According to the UNAIDS, the ultimate goal of PrEP is ensure zero new infection of HIV.

PrEP use in Kenya has greatly reduced the number of new infections.

Below is frequent questions asked with regards to PrEP;

PrEP is short form of Pre-exposure prophylaxis, is a drug that is given to individuals who have been exposed to HIV virus within a period of 72 hours so as to minimize chances of acquiring the virus.

How does PrEP Work?

PrEP medicine prevents HIV from copying itself in the body once one has been exposed.

Who should use PrEP?

Where and How to obtain PrEP Drug?

The drug can be obtained freely from any hospital or pharmacy across the country. If one has been exposed to the virus through sexual intercourse, the following should be done;

How to take PrEP?

It taken each day for 28 days or as advised by the physician. It takea up to 20 days to be fully protected. PrEP must be taken daily!

Its also important to note that PrEP drug does not prevent one from acquiring other Sexually transmitted diseases.

Side Effects of PrEP

The drug has the following side effects;

However, for most people these will go away after few days. Discontinuing of the drug will reduce its effectiveness and therefore one should ensure that the full dosage is taken.