More
HomeJambo InfoParents beware: 10 uncouth things students do with their phones during holidays

Parents beware: 10 uncouth things students do with their phones during holidays 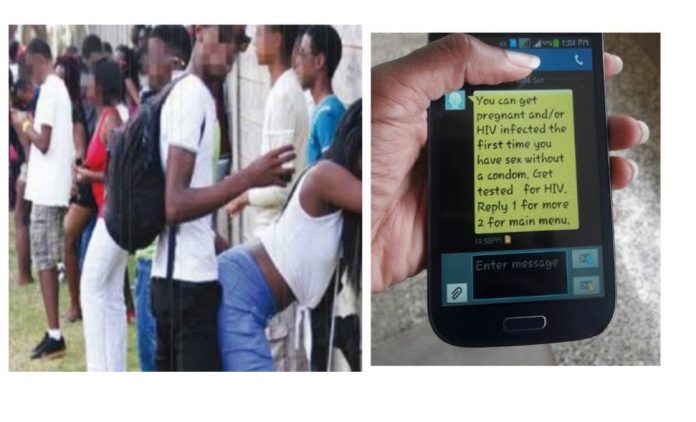 A phone is one of the most personal things in the world. The continuous improvement in technology over the years has borne an era of even smarter phones that can do a lot that couldn’t have been possible in the recent past. However, with lots of information being unfiltered, most students during the holiday find themselves doing uncouth stuff that calls for the need for some intervention. Check them out below;

This is such a bad habit that most students don’t seem to stop doing. Have you ever been casually going about your life and then out of the blues, you get a call from a random number (which you later come to find out was your neighbour’s son) trying to pretend to be some mature guy hitting on you? This is so dumb and it needs to stop.

Since most students have a lot of time on their side, especially during the December holiday, they end up downloading every possible game that they can find on the play store and end up drowning their lives on them for the most part of the holiday.

Texting in itself is not a bad thing. However, most students end up texting with other just because they have phones and they are idle and not because they really need to talk.

Can you all remember some time back when the hashtag ‘ifikie wazazi’ was trending? Well, the point behind that was that most students were taking x- rated photos during the holidays and posting them online and this really bugged other normal, mature social media users, hence the need for the hashtag to be made to trend.

Now; one’s taste in music should be really personal. It really irks me when I am in a public place and someone is comfortably playing music from their phone as if the rest of you are even interested in that. It sucks bigtime.

Catfish is the act of making people buy an idea of who you truly aren’t. Most students during the holiday have this habit of creating fake profiles online just to continuously lie to online users over and over again and probably even con them in the most absurd of ways.

Most students are guilty of this. They end up being trolls on most social media platforms which is so wrong.

There are various forms of spamming but the major one amongst students is spamming your whatsapp with photos and videos that you most likely aren’t interested in.

You could be in an important event then your phone rings and you receive it only to hear that the student on the other end just wanted to say hi for the 5th time in a row in the same day. Tsk tsk.

Are you guilty of any of the above? I hope you were able to learn a thing or two about such uncouth behaviour and hence leading you to being quick to point it out and help your little sibling to bring a halt to such.