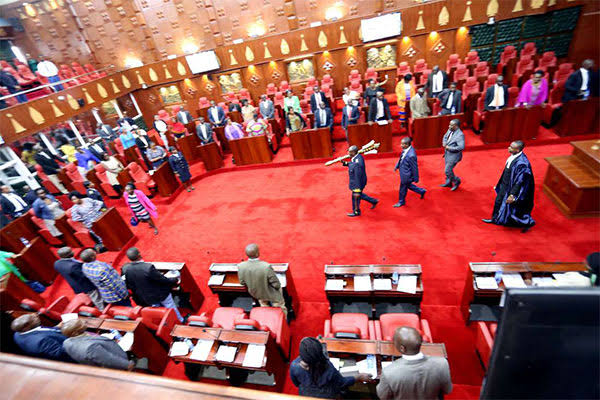 Now that elections of ward representatives is done and dusted, focus has shifted to the person who will run the show in the county assembly.

Despite the fact that the election of a speaker to the county assembly is supposed to be an independent decision of the ward representatives, external influence has been at work in the past.

Governor, Senator, representatives, and even the noble Business men have been in the front line in influencing the election of county assembly speakers. Ward representatives have a huge task to pick the next speaker. However, the seat will depend on various factors ranging from political parties, clan patterns and deep pockets.

The immediate Former Speaker Hon.Moffat Teya is seeking to defend his seat despite the fact that his sour relationship with the former Executive authority.

Mr. Eric Onchana, Former County Secretary from Kiabonyoru ward in Borabu Constituency and one of highly regarded campaign powerhouse for the Governor Nyaribo is also eying the seat.

Mr. Oboso, Former Minister in nyamira county and unsuccessfully deputy governor for Mr. Nyambati in 2017 General Elections from Bosamaro ward in West mugirango is also said to be interested.

Mr. John Matiang’i, Former Kenya National Union of Teachers (KNUT) National Treasurer for 13 years and currently the deputy director of education in the ministry of education is said to be eying the 3rd powerful seat in the county.

Mr. Segera Festus, The Teachers’ comrade and the recently KUPPET Vice Chairman after the recent conclude Kuppet By-elections is said to be in the ring, stretching his wings into the tussle of being  the next speaker. Mr. Segera hails from larger North Mugirango but he has been resident of Borabu for years now.

Mrs. Kerich Keraita, Former Roads chief Officer among other departments in the last regime, From Kitutu masaba is the only Iron lady so far who is equally ready to flex muscles with men in this position. Ms Kerich is known widely of her accommodative nature and not easy to judge or take sides on pertinent issues.

Mr. Salim, Mr.Masira among others are yet to be reached by our media team for a word. With portions  of new County reps, the indications are clear that long await speaker will be likely to come from the top six.

The clerk concluded that they’re waiting for for the Independent Electoral and Boundaries Commission (IEBC) to gazette the names of nominated MCAs and the governor-elect to be sworn in, on 29th.

“We are still waiting for the IEBC to publish the list of selected nominated MCAs before the governor-elect is sworn in,” the Clerk said.