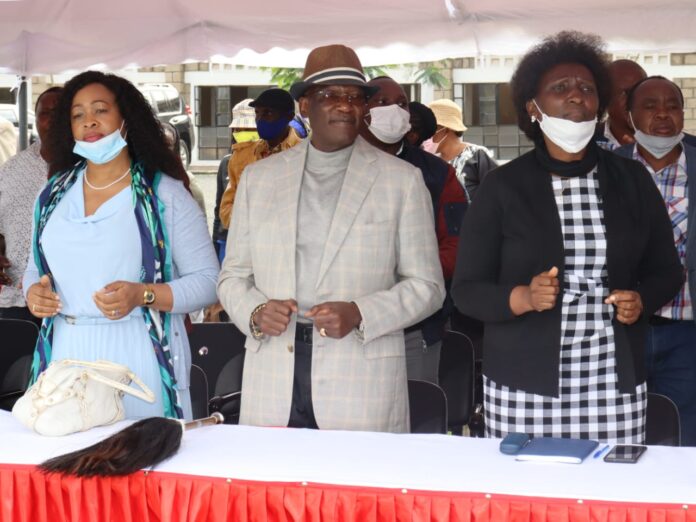 Former Machakos Senator and United Democratic Alliance Chairperson Johstone Muthama has vowed to convert the Machakos County Governor’s offices alias the Whitehouse which was built by the first term and now sitting Governor Dr. Alfred Mutua into a referral hospital.

The multi-billion office resembles the United States of America’s Whitehouse and thus the name. The office block has been highly criticized by a number of people flawing the governor for misplaced priorities. The money the residents say it could have been used to establish or even improve on basic amenities in the county.

In his early morning Twitter Post, the former governor is likely going to eye on the gubernatorial seat to replace Alfred Mutua is who has stated he will be eyeing the Presidential seat come 2022. Muthama also termed the project as ill advised.

Johstone Muthama is a close DP ally and was the founder member of the United Democratic Alliance.

Mutahi Ngunyi predicts Ruto will be the next president

Why Buzeki Will not join UDA