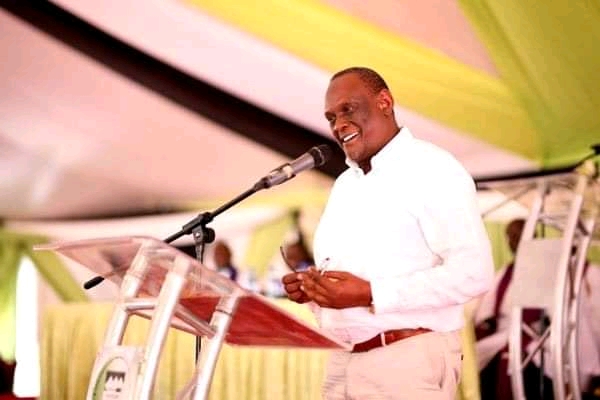 In a message sent to newsrooms its indicated that President Uhuru Kenyatta will chair a virtual Parliamentary Group meeting for all Jubilee Members of Parliament at Kenyatta International conference Centre KICC tomorrow starting 9 am.

Jubilee Vice-Chairman David Murathe has further warned the members who will try to skip the meeting will face a thorough disciplinary action from the party. In a statement he wrote on Facebook he said ” Missing tomorrow’s PG meeting should not come to anyone’s mind. Disciplinary action is crystal clear in Jubilee Party Act to those who are deviating from fundamental requirements of the party.”

The PG which was chaired by President Uhuru at State House also confirmed the retainment of Speaker Justin Muturi and his deputy Moses Cheboi and resolved to effect further changes at the Parliamentary house committees as part of the ongoing purge to kick out all MPs not supporting the President’s agenda.

After the meeting Majority Leader in the National Assembly Aden Duale’s fate remained unknown since the President did not either confirm or dewhip him.

This forced Kieni MP Kanini Kega to start a process of collecting signatures to impeach him and hence due to this the president has decided to convene the meeting after receiving a petition that was signed by 130 Jubilee MPs expressing their lack of confidence in Duale.

Further, since members Allied to the Deputy President were dewhipped from their positions which they have been holding in Parliamentary house committees, It is also established that the party would use the opportunity to make appointments to committee positions that had been left vacant after this leaders who were claimed to be leaning towards the Deputy President William Ruto’s camp got axed.

The 11 member committee that was tasked the responsibility of looking into the case of Kirinyaga Governor Anne Waiguru who was impeached last week...
Read more
Politics

The speaker of the National Assembly Justin Muturi has finally today notified the members of Parliament who had been axed from parliamentary committees. The...
Read more
General