Media personalities who married their colleagues 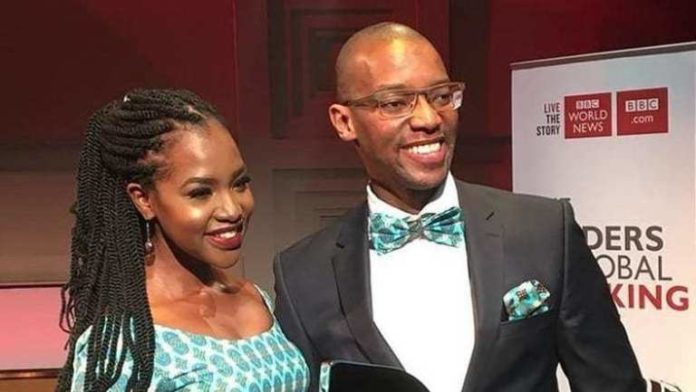 While others feel like dating someone you work with might be hard and maybe affecting your work schedule well this Kenyan media personalities proves it wrong.

Below are media personalities who married their collegues.

The Citizen TV Swahili anchors met while they worked at Muslim radio station Iqra FM and are blessed with three children.

They are the first ever married couple to present news on a Kenyan television station.

The two tied the knot in a lavish wedding that was only attended by close friends and family members.

They went public about their relationship a few months to their wedding.

There are a lot of similarities between this couple and Betty Kyallo’s story.

Both couples met at Standard Media Group and both couples tied the knot later. This time, John was the intern and Makena was an editor.

They are actually still together to date. The couple later on left KTN and they work in their own production company called Africa Uncensored. Namu is the CEO while Makena is a Senior Editor.

Waihiga worked as a Sports news anchor while Joyce worked as Sunday morning Gospel show ‘Rauka’ host. She later quit the station and went abroad for studies, before returning.

They got married in an invites only wedding in Naivasha, in 2016. Joyce currently works as a presenter at Switch TV.

NTV’s Amina Abdi got married to her boss while she worked for Homeboyz Radio. John Rabar, who was the CEO, met Amina when she joined Homeboyz radio school where she emerged top and got a job at the radio station.

Their reception was held at the lush Nairobi Academy grounds. Gituku and Waitherero’s momentous occasion was witnessed by among others Joe Ageyo, Waihiga Mwaura, Mac Otani and Mumbi Warui. Waitherero works as a news director at the station.

Former Citizen TV features reporter Evelyn Wambui got married to the love of her life Karuri Nyaga in 2014.

The two met while they both worked at the Royal Media Services before Karuri left the Communication Centre for CCTV Africa.

How to write a dissertation summary: recommendations and Tips