Margaret Kamar Takes Over As The New Deputy Senate Speaker 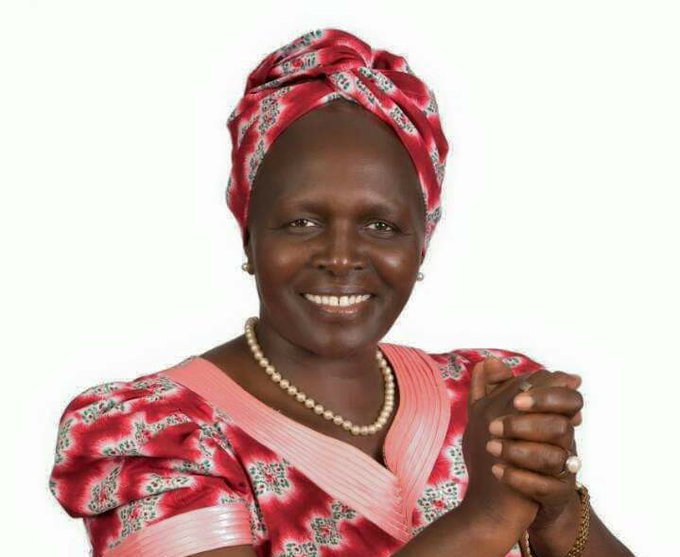 This was after five applicants dropped out of race to replace ousted Tharaka Nithi senator Kithure Kindiki.

The others were Charles Kibiru, Judith Pareno, Isaac Mwaura and Stewart Madzayo.

Kibiru was seen as a favourite to win the seat. Yesterday, however, the Kirinyaga senator decided to shelve his ambitions.

“I believe that the interests of our nation at this point in time when President Uhuru Kenyatta, is keen on fostering greater coherence among Kenya, it would be derelict of me not to view my would-be victory as merely Pyrrhic,” Kibiru said.

Kilifi’s Madzayo on his part said his decision was premised on his continued support of the “handshake” between President Uhuru Kenyatta and Raila Odinga.

“I also believe my decision to no longer run for the post of Senate Deputy Speaker, will advance gender equity; a spirit I passionately subscribe to,” Madzayo said.

Mwaura, a Jubilee nominated senator, withdrew his candidature after the party endorsed Kamar. The communication was made through majority whip Irungu Kang’ata.

“Those inquiring about tomorrow’s (Tuesday) Senate Deputy Speaker’s election. All contestants are very capable and qualified.

Congratulating Kamar on the election, though undisputed, was majority leader Samuel Poghisio who also thanked the other five candidates for withdrawing from the race.

The legislator was sworn in at 2.52 pm on Tuesday to take over the seat after the impeachment of her Tharaka-Nithi counterpart Prof Kithure Kindiki.
According to Senate Speaker Kenneth Lusaka, following the withdrawal of all the four senators, Kamar was now the only candidate for election to the Office of the Deputy Speaker.

“Standing Order 11 as read together with Standing Order 13(4) states that in the event that there is only one candidate who has been duly nominated for election as Deputy Speaker, that candidate shall be declared forthwith to have been elected Deputy Speaker without any ballot or vote being required,” Senate Speaker Kenneth Lusaka who administered the oath stated.

Kamar went to the polls unopposed after Senator Judith Pareno withdrew her candidature hours before the House vote on Tuesday.
Pareno, a nominated senator, wrote to Speaker Ken Lusaka explaining her withdrawal from the race after consultations with the Raila Odinga-led ODM party.

“Following the consultations with the leadership of my party, Orange Democratic Movement, I hereby give notice of my withdrawal as a candidate for election as the Deputy Speaker of the Senate,” she said.Two senators, Kirinyaga Senator Charles Kibiru and Kilifi’s Stewart Madzayo withdrew from the race yesterday after Raila Odinga’s intervention.

Kamar who went to the polls with the endorsement of the Jubilee Party will now replace Tharaka Nithi Senator Prof Kithure Kindiki who was acrimoniously ousted from the position last month.

Kindiki’s removal was after a motion by Senate Majority Whip Irungu Kang’ata was filed in an ongoing purge against Deputy President William Ruto allies.

He was accused of violating various sections of the Political Parties Act, The Constitution of Kenya 2010, and The Jubilee Party Constitution.
The Deputy Speaker was also accused of refusing to attend a meeting held at State House on May 11, 2020, although an invitation had been sent to his last known mobile-phone number even as the matter was widely published in the media.