Male teachers beware!! How my High school deputy principal paid me Kshs 250,000 to Save his TSC Job 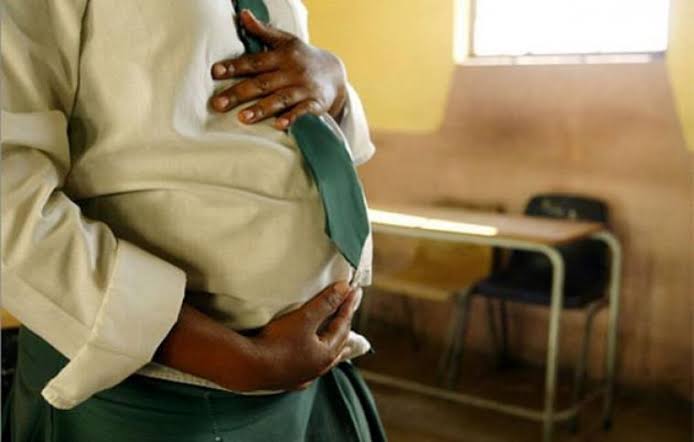 It was sunny Sunday afternoon I remember very well Mr. Nyanusi called me to his office. At first, I thought I had commited a crime. I slowly gathered courage and confidently walked to his office. Mr. Nyanusi was our deputy principal. His stern looking face made him completely unapproachable. Whenever he stood to issue command to students, we all trembled because of his thunder like voice.

When I reached at the door leading to his office, my heart beat accelerated, my legs were shaking ultimately I knocked the door.
“Yes come in”, he responded with a deep threatening voice.

No sooner had I entered, than when his threatening voice changed to soft appealing one. He requested me to take a seat and feel at home. I didn’t expect our tough deputy to welcome me warmly to his office. Our form 4 pink class was making noise and I being the class secretary thought that my calling was to explain why I was unable to control the class.

That day one of our deputy principal was unfamiliarly not in school.

Suddenly Mr nyanusi opened a top drawer, that was to his left hand side and took out a bundle of new one thousand shillings notes.
I could not tell the exact amount but it was not less than ten thousands.

To my surprise he uttered words that I least expected from him. He shocked me. His words kept on lingering in my mind. “I want to have you today and those notes will be yours”. Sincerely speaking I was so broke and it was humanly impossible for any right thinking girl to reject such an offer.

Few weeks later, unusual thing happened in my life and it automatically confirmed the worst.
I missed my periods and my life changed completely. I had no one to run to and my only hope was Mr Nyanusi. 17 years ago, my mother died from a mysterious diseases that later claimed the life of my father. The worst part of it was that I was born with the disease and my faithful commitment to my drugs kept me strong and healthy.

Mr. Nyanusi is the man who deflowered me and that made him to treat me rightly. He stole my innocence at a tender age. One fateful evening, I broke this shocking news to him and to my surprise, he wasn’t shocked. Instead he called me to his office later in the evening and suggested that I should fix one of the BOM teacher and if the deal was to be successful, he was to give me whooping kshs 250,000.

The deal was as difficult as fixing a broken egg shell but I had to try my level best, ksh 250,000 was not easy to come by. Suddenly a malicious thought stroke my mind. There was this BOM teacher who I always consulted with. He was very approachable and easy to convince. Though he had never shown any interest in me I had no otherwise but to fix him.

Rumours spread like fire on dry grass and when the news reached the principal’s desk, I was summoned to the principal’s office. While infront of madam principal, my courage astonished her as I confidently told her who did the unthinkable to me.

Mr. Omose who was my maths teacher, immediately he was summoned to the principal’s office. Though innocent he was, madam did not given him a chance to say a word but rather chased him like a wild dog from the school.

This decision haunts me up-to-date but there is nothing I could have done, because kshs 250,000 was a colossal amount to me and above all there is no way I could have betrayed my “sweetheart”, Mr. Nyanusi.