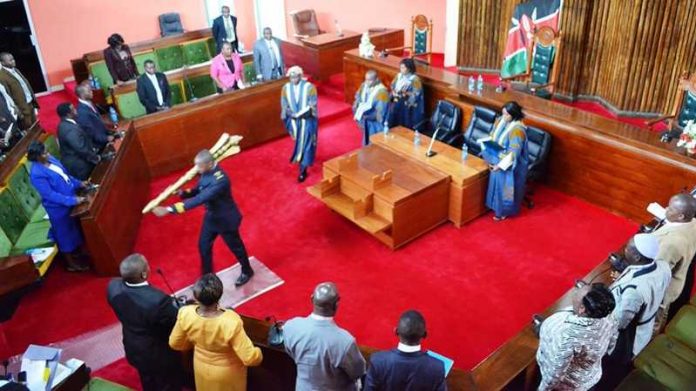 Nyamira County Assembly has 20 elected members, thirteen nominated members(yet to be nominated), the Speaker and Deputy Speaker. The Clerk of the Assembly is an authorised officer in Assembly.

The County Assembly exercises power to enact laws at the county level. The County Assembly of Nyamira discharges its mandate of legislation, representation and oversight in a serene environment with the unrelenting support of the, multi-talented, effective and efficient Honorable Members and staff of the Assembly. It receives and approves plans and policies for the management of the County’s resources, infrastructure and institutions

A County Assembly consists of-