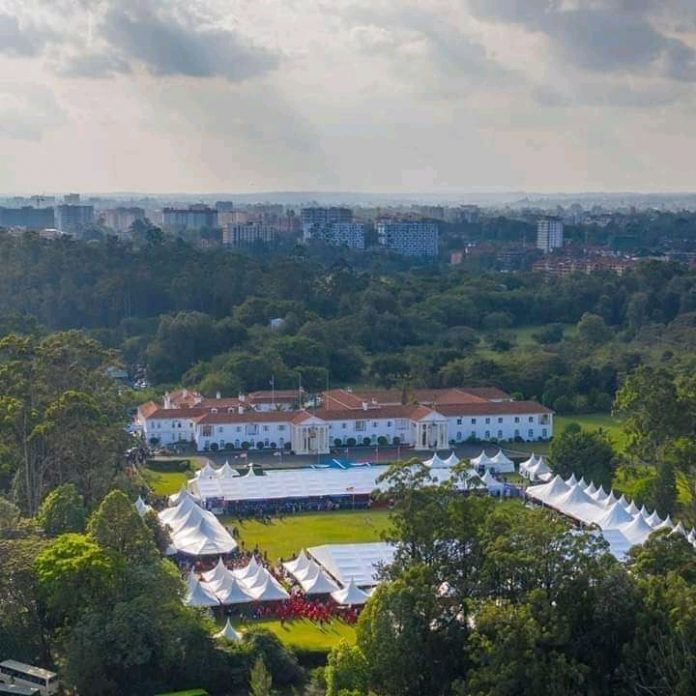 This is a national holiday celebrated every 1 June of every year in Kenya. It commemorates the day in 1963 that Kenya attained independent self-governance after decades as a Kenya Colony.

For the first time in history, Kenyans will celebrate Madaraka day virtually.

The celebrations will be hosted in two venues in Nairobi due to coronavirus pandemic.

The unique June 1 celebrations will start at 8am where the Kenya Defence Forces stage a show at the Nyayo stadium and culminate in the live address by President Uhuru Kenyatta from State House, Nairobi.

All the events are synchronised into one event and will be aired live on media platforms with no crowd allowed at the venues.

Very few people will attend the State House celebrations according to the details obtained by the Star.

The 57th national celebrations will be streamed through all local media houses and also through online platforms.

46 leaders are among the invited guests to attend Madaraka day celebrations at State House Nairobi.

The order of events will be as follows:
11.am- All the invited guests congregate and take seats at the State House gardens.
11.30am– Arrival of Service Commanders
11.35am– Chief of the Defence Forces General Kibochi arrives at the State House
11.40am- Cabinet Secretaries, the Chief Justice and the president of the Supreme Court David Maraga, Speaker of the National Assembly Justin Muturi, Speaker of the Senate Ken Lusaka, Chairman of the Coucil of Governors Wycliffe Oparanya arrive at State House.
11.45a.m-Guard of Honour marches to position
11.50am– The Deputy President William Ruto arrives at State House.
11.55am- His Excellency the President Uhuru Kenyatta and the First Lady Margaret Kenyatta proceed to the State House Gardens
The ceremony will then proceed as follows:
The National Anthem is sung
East African Community Anthem is sung
President Uhuru Kenyatta inspects the Guard of Honour
President Uhuru proceeds to the Presidential Dais
The Guard of Honor marches off.
A KDF aircraft flies past.
Prayers.
A short documentary will be aired
COG Chairman Whycliffe Oparanya speaks.
The Deputy President William Ruto speaks and invites the president to deliver his address.
President Uhuru Kenyatta addresses the nation
Beating of the retreat.
Guests leave State House.