More
HomeBreaking NewsPoliticsKisii Electorate Yet To Embrace a Celebrity Leader

Kisii Electorate Yet To Embrace a Celebrity Leader 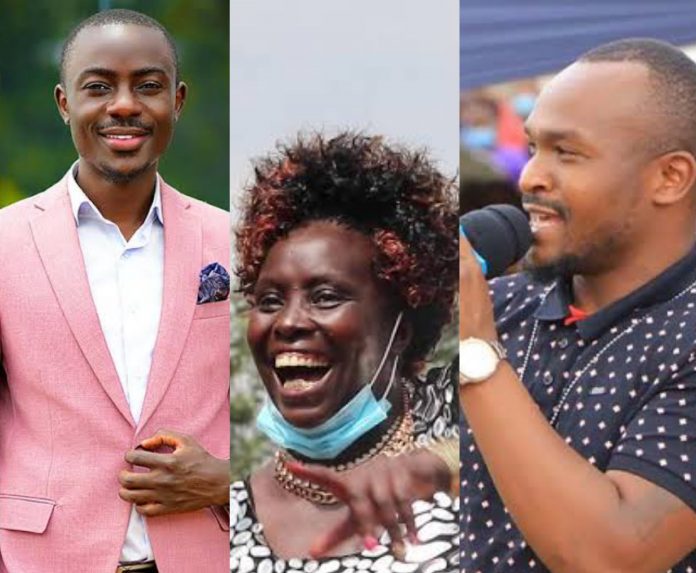 In the just concluded elections we saw several celebrities who tried to swim through the murky waters of politics. In gusii politics they ranged from both renowned gospel and secular musicians to seasoned journalists.

It is increasingly clear that using ones popularity to gain milage in politics in gusiiland is a tall order. The 2022 general election attracted quite a good number of musicians who eyed elective seats but unfortunately in gusiiland none of them clinched a seat.

The popularity of these celebrities and their huge following on social media is believed to be a major motivation in making them believe they can win.

However, in urban set up, most celebrities have managed to convince electorates to elect them. Charles Njagua(Jaguar) was elected as Starehe Member of parliament in 2017 while Felix Odiwour(Jalang’o) is one the most recent celebrities to be elected in an urban set up.

Can one convert his popularity to votes? Lets delve deeply into gusii celebrities who made their stabs in 2022 general election.

Echate is a multitalented musician who quickly rose to fame in the year 2022 after he did a collaboration song Nabo Okorosa with Babu Gee Omosayansi. He made his second stab at Member of National Assembly race in Bomachoge Borabu Constituency.

In 2017 general elections, he took position four in the member . Fortunately, he was appointed as a minister of Youth, Gender, Culture, Sports and Social Services.

He took position five in the race.

Naftal Migisi is popularly known to his fans as Miggy Echambioni ran for Magenche Ward Representative seat in the just concluded general election.

The super talented musician-cum-politician put his best foot forward to occupy the ward seat through Orange Democratic Movement party but came position four in the race.

Rebecca is a renowned gospel musician and a servant of God who has gone through through thick and thin to put her name on the map.

Her hard gained fame through life changing and soul touching songs pushed her to vie for Nyamira county woman Representative seat on a ANC party. She lost seat to the incumbent Jerusha Momanyi of Jubilee party.

Alice Chae is a seasoned radio personality who was the first Woman Representative in Nyamira county(2013-2017). She however lost the seat to the Incumbent Jerusha Momanyi in 2017 election.

The veteran journalist unfruitfully made her second third attempt in the just concluded 2022 elections. She was vying on a Ford Kenya ticket.