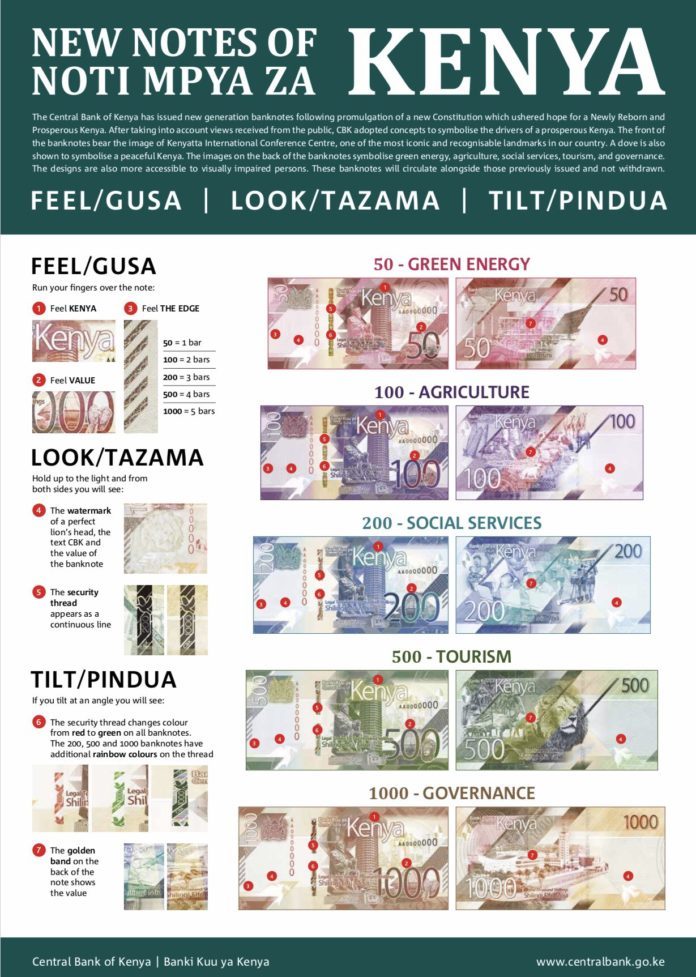 The move by the Central Bank of Kenya (CBK) to unveil new notes was met with strong opposing force despite the bank notes having security features that will make it easy for the visually impaired to use them with ease.

The bone of contention is the presence of portrait of the first president of Kenya Mzee Jomo Kenyatta. A section of the public has strongly challenged the existence of the portrait saying that its against the spirit of the constitution.

These features on the note can be detected in three main ways; feeling it (running a finger through it), looking at it and by tilting the note.

The governor of the Central Bank of Kenya issued a directive that all old Sh1,000 notes will cease to be legal tender from October 1, 2019.

Guidelines on how old 1000 notes will be returned to Bank