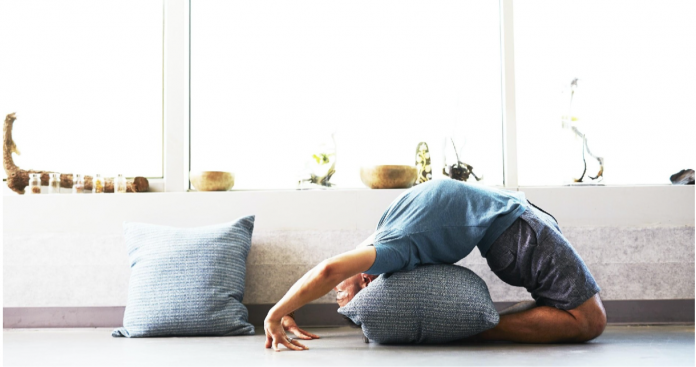 Even for a couple of days, you can have time to rest. But not everyone and not always can. And after the weekend sometimes you need extra rest, and it becomes even more difficult to concentrate on work. Here’s what to do to recuperate.

In Dutch, there is a word niksen. It means a special state, in which a person consciously doesn’t do anything and does not think over the next task. But just sit relaxed and look out the window, allowing the brain to wander freely from thought to thought.

According to psychologists, it’s this seemingly completely pointless and unproductive activity – one of the best ways to restore the efficiency of the brain. It doesn’t have to expend energy controlling attention – so it rests and reloads and becomes more creative.

The problem is that doing nothing even on a day off is not easy. We are used to trying to occupy ourselves with something every free minute: turn on a TV series, listen to music, create a 22Bet login for betting on your favorite sports, scroll through social networks and messengers.

To get back into the habit of idleness:

A well-known way to do this is to go on a trip. Even a couple of days in an unfamiliar or at least not very familiar place: at a friend’s dacha, in a nearby city or a small country hotel – will be enough to properly reset and become more energetic.

This is confirmed by a German study in which 40 middle managers took part. Half of them spent four free days at home. And the second group went away from the familiar environment – to a hotel. And by the end of the weekend, participants in the second group felt more rested and satisfied with life than those who stayed in their apartments. Positive effects from the change of scenery were noted over the next 30-45 days.

Traveling is more expensive than staying at home. But such spending makes us happier than buying material things. An experiment by psychologists Thomas Gilovich and Leaf van Boven found that people felt happier after buying tickets than after buying things. Moreover, if the joy of owning an item did not last too long, then buying a ticket and booking a hotel made people feel happy in anticipation of the trip, during the process and after it. Even if the trip was not too successful, they remembered it as a positive experience that brought them together.

If you don’t want to go far – go to the nearest park and stay there longer. According to the theory of attention restoration of American psychologists Rachel and Steven Kaplan, when we are in nature, the brain receives a huge number of new stimuli. They distract it from routine tasks and work problems. As a result, your brain is rebooted and your ability to think clearly returns to you, and concentrating on things becomes easier.

When vacation time is short, there is a temptation to plan every minute to get everything done and make the most of the experience. But this is the wrong approach. According to an American study, you can have more fun with spontaneous activities than with planned ones. Constantly following a plan doesn’t allow you to concentrate on what’s happening now. And a list of things to do turns into a list of tasks that have to be done. It’s impossible to enjoy a vacation under such conditions.

The trouble is that if you consciously try to behave spontaneously – it too becomes a task. And it will not let you relax. Therefore, psychologists advise not to plan for moments of surprise. And just sometimes act differently than you are used to, and break internal rules.

Weekends are the best time for this. A simple example – take a bus with an unfamiliar route, get off at a random stop and go explore the surrounding area. Take yourself on a sudden bike ride on a warm summer night. Or order the meal with the strangest name from a cafe. Such moments of spontaneity will not only bring you fun, but also have a positive effect on your mood and attitude. According to a joint study by Austrian and Italian scientists, people who avoid spontaneity are less satisfied with their lives.

Don’t Think Back to Work

“Sunday syndrome” is the familiar increase in anxiety at the end of the weekend due to the fact that tomorrow is back to work. It can be accompanied by typical symptoms of stress: sadness, irritability, gastrointestinal problems, headaches.

Researchers believe that “Sunday syndrome” arises from social problems. In particular, because of growing inequality: more and more people in the world do not feel financially secure and therefore are forced to work where they do not like. And until these problems are solved, it will be impossible to get rid of the Sunday syndrome completely.

But there are psychological techniques that can help reduce the intensity of symptoms and relieve anxiety:

Strike a Balance Between Active and Passive Rest

Another way to have a good rest is a radical change of activity. The principle is this: if on weekdays you spend most of your time sitting at the computer, on the weekend it’s worth it to move around. It’s better that the types of physical activity were different. For example, on Saturday go to the pool, and on Sunday – for a quiet walk before going to sleep. This way you will get more endorphins, which have a positive effect on your mood and well-being and reduce stress.

And vice versa: if you are engaged in physical labor, then devote the free days to a less energy-consuming hobby. Read a book, listen to a podcast or two. Better yet, try to make something, sew, knit, cook, or repair. Any creative activity that you enjoy helps to reduce anxiety, improves your mood, and makes you a little happier and more confident.

But don’t forget to give yourself a break and don’t sacrifice sleep. According to a Dutch study involving 58 volunteers, those of them who slept a lot and well during their vacation noted improvements in physical and mental well-being afterwards.

Best Forex Broker To Trade With in 2022