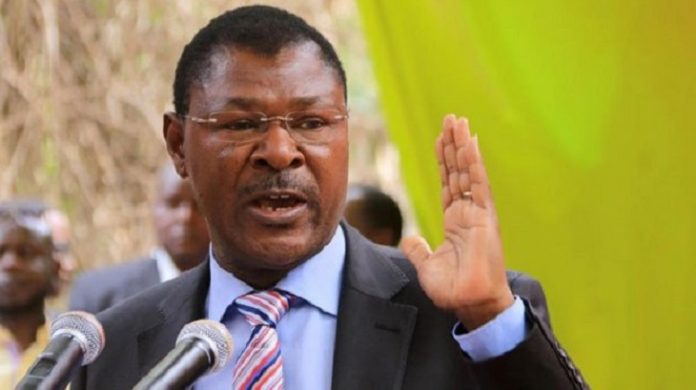 Bungoma Senator, Moses Wetangula  who is the Ford Kenya Party Leader has been ousted.

The Party’s National Executive Council resolved to dismiss Wetangula on grounds of gross misconduct. Addressing the press today, after the delegates meeting, the party’s Secretary-General Eseli Simuyi said the party had lost its ideals under Wetangula’s leadership.

His removal was witnessed by Bungoma Governor Wycliffe Wamangati who said the decision was informed by the need to better position the party. This move comes as part of a realignment of the party in setting its sights on the 2022 political showdown.

Wetangula has been replaced by Wafula Wanyonyi as the interim party leader.

This comes after meeting COTU leader Francis Atwoli where the politicians requested to get more leadership positions in the re-alignment of the National Assembly and the Senate, a meeting that Ford Kenya Party leader Moses Wetang’ula, ANC leader  Musalia Mudavadi, and Busia Governor Sospeter Ojamong skipped.