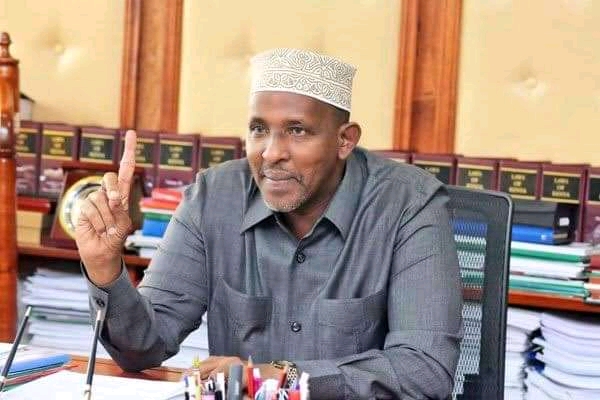 The meeting was attended by Deputy President William Ruto (who is also the Jubilee Coalition’s Deputy Party Leader), Party Secretary General Raphael Tuju and a total of 212 Members of Parliament. 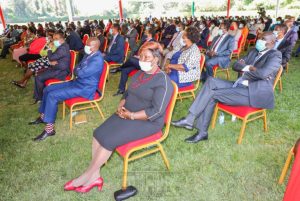 In the changes announced by the head of State, National Assembly Majority Whip Benjamin Washiali and his deputy nominated MP Cecily Mbarire were kicked out.

The changes are expected to be communicated to the Speaker of the National Assembly today.

The PG which was chaired by Uhuru at State House also resolved to effect further changes at the House committees as part of the ongoing purge to kick out all MPs not supporting President’s agenda.

It had been earlier speculated that Duale was among the list of those that were to be kicked out but he has escaped the axe. 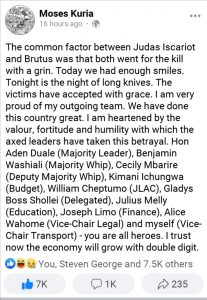