9 Things That will Make or Break September Teachers’ Strike 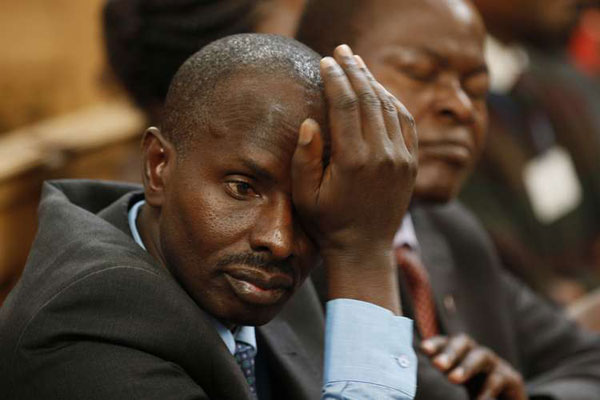 A quick research carried by Jambonews has revealed that September strike is not likely to gain any ground. Most teachers feels that the strike is based on a flimsy reason. The voice behind the strike doesn’t have good will of classroom teacher at heart.

However, a keen look at the turn of events, its clear that most teachers especially those in lower grades may back up the strike if their grievances will be top in the list.

1. Knut to agitate for Promotions of teachers with higher qualifications

Halted promotion of teachers upon acquiring higher grades which Hon.Wilson signed to commit teachers through a CBA that calls for individualized promotion based on performance appraisal regardless the qualifications of a teacher has attained. Teachers in this country have heavily invested millions of money in further studies. Any strike that does not have a component of promotion is a dry joke.

Honourable Sossion signed for an ineffective medical scheme which a good number of teachers have strongly rejected it. Tutors are being subjected to poor treatment or being turned away because the medical scheme is scandalous and of low quality.

Unknown to many, its alleged that the union chief has struck yet another deal with EBK where all teachers are to be issued with Knut SIM cards by Equity Bank. The scandal is so profound, millions of money exchanging hands. The deal is aimed at luring teachers to be Equity Bank customers by default.

The much hyped CBA which is supposed to be best is giving us something small from right hand and taking away more with the left hand. A practical example is Special school Teachers. Their Kshs10,000 allowance is swallowed by CBA and given an increment less than Kshs3,000.

Delocalization of school administrators is not a good reason why a classroom teacher should strike. The union committed them to the process through a CBA. Headteachers and principals were seduced by the employer. They happily gave in and were even added money to their payslips to be delocalized. They are glad to work away from their homes. None is complaining. So, any strike based on that fallacy will be dead on arrival.

A strike ‘threat’ that has not being vetted by national steering and approved by NEC and or advisory council is not only illegal but waste of time. Most of NEC members have distanced themselves from the road side strike threat by Kenya National Union of Teacher’s Secretary General. They argue that Sossion has no mandate as of now to issue any strike notice even if NEC was to approve it.

The 2017 – 2021 CBA binds teachers from engaging in any industrial action. So the SG should seek for other ways of championing for the plights of Kenyan teachers. Its arguably that the unions became toothless watchdogs even when teachers were being dragged on muddy rape claims.

Any strike that does not add value to tutors’ payslip will not and cannot materialise. Unless, the SG reorganises his strategies and come up with more thrilling reasons that will capture teachers’ attention, this strike is just a day time dream.

Teachers spend most of their time thinking about TPAD which is a monster in the teaching service. In fact the teaching service has suddenly changed to more of documentation rather than delivery of service. Other mechanisms of appraising teachers are must be sought so as to bring back dignity to the teaching profession. For September strike to gain ground SG must greatly bank eradication of TPAD.

What’s your take on September strike threats? Feel free to leave a comment.

How to write a dissertation summary: recommendations and Tips