Currently, Kenya has a total of 43 commercial banks serving a population estimated to be approximately 52 million.

9 more foreign banks have shown the interest in setting up shop in Kenya which will make it 52 commercial banks.

One of the major services that Kenyans have been seeking from the majority of commercial banks is loans.

However, with the introduction of the interest capping cap, most banks refrained from the issuance of loans to their customers.

Most Kenyans turned to mobile loan apps to secure loans, most of which have been termed to have high-interest rates. Despite the capping of interest rates, some banks are still charging high rates on loans.

Most expensive banks in Kenya

Severally Equity Bank has been ranked  as the country’s most expensive bank by the Kenya Bankers Association and Central Bank of Kenya through the cost of the credit portal.

Barclays Bank of Kenya came in second as the most expensive Bank with a total cost of credit of 118,127 shillings for a similar loan.

Family Bank came third with charges and interest of 112,807 shillings.

Bank of Africa  came below with a total cost of credit standing at 112,207 shillings and 110,807 shillings respectively.

Interest on all bank loans is currently capped at 13 percent per annum but the total cost of credit varies depending on additional charges.

Big banks, which have the capacity to undercut their smaller rivals because of their larger economies of scale, have nonetheless continued to load the highest charges on their loans. 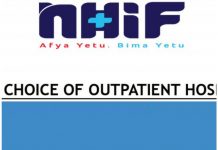