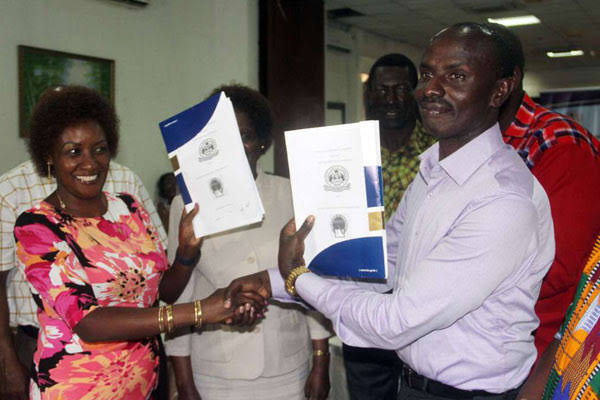 Kenya National Union of Teachers has responded to TSC claims that were raised yesterday regarding Naivasha retreat. In a press statement signed by SG Hon.Wilson Sossion, KNUT has blamed TSC for applying diversionary tactics to evade discussing issues on promotion of teachers.

The union had faulted TSC over transfer of 85 school heads who are also officials of the KNUT, but the commission strongly defended its decision.

“Employees who hold elective offices in unions and saccos, among others, are primarily employed to teach and are bound by the code of regulations for teachers, which has provisions on transfers of teachers. Election to any office cannot, therefore, be used to irregularly amend the contract between an employee and employer,” said TSC boss Nancy Macharia

The two parties refused to conclusively settle on how to solve raised issues a move that led to the collapse of the retreat.

The press statement released by KNUT reveals that, promotion of teachers upon with higher qualifications, delocalisation of teachers,teacher performance appraisal,teacher professional development and policy development by the commission were to form top agendas of the five day retreat.

The news concerning abrupt collapse of the retreat was despairingly received by teachers.

However, the union has indicated that it is ready to engage TSC so as to iron out pressing issues once and for all.

“In the mean time the union as a professional body is committed to solving industrial challenges that will hinder the provision of quality education to learners of this country” said Sossion.

He further expressed the readiness of the union to meet TSC in the next two weeks so as to iron out contentious issues affecting teachers.