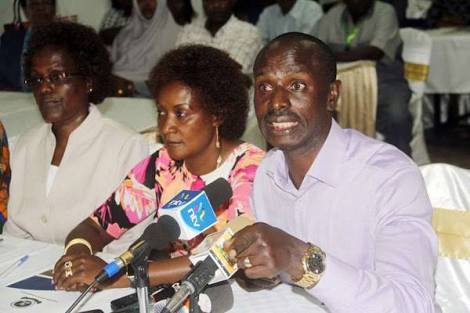 Teachers will meet their employer this week prior to opening of term three next week. The meeting is meant to iron out issues that will cool the temperatures of the looming September 1 strike.

Initially the meeting was scheduled on Tuesday but the Ministry for Internal security declared it a public holiday. TSC will meet Kenya National of Union of Teachers (KNUT) on Thursday and meet Kenya Union of Post Primary Education (KUPPET) on Friday.

KUPPET is insisting that issues raised can be handled through talks but KNUT stand is that strike is the only option.

Agenda of the Meeting

The union of teachers have always remained vocal against the current appraisal system, fortunately TSC CEO Nancy Macharia directed system to be reviewed.This was a big win to teachers and the Unions at large.

Speaking to nation Mr said performance contracting and teacher performance appraisal and development had a negative bearing on performance in schools, with teachers spending a lot of time filling unnecessary load of forms instead of concentrating on imparting knowledge on students.

President Uhuru said he had received concerns that some families had been affected by transfer of school administrators to other counties.

Mr Sossion said a most of the affected teachers, especially the elderly, are opting for early retirement in what will ultimately aggravate shortage of teachers in public schools, which is at its lowest.

This is another burning issue that its discussion will sooner than later take stage. This scheme came into existence after TSC contracted the international company AON Minet to handle their health related issues, a move that led medical allowance to be scrapped off.

Teachers have complained of the shody and low standard services provided to them by hospitals covered by this scheme.