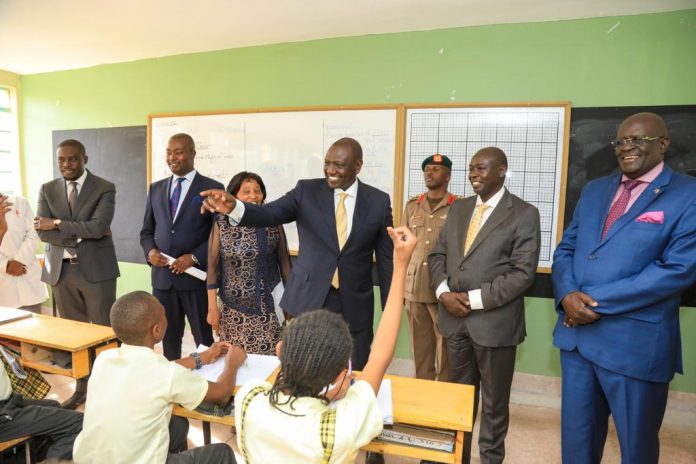 It is a sigh of relief for teachers in the country  after president Ruto announced that in January 2023, his government will embark on an exercise of recruiting 30,000 teachers.

Speaking in Komarock on Wednesday, October 12, the president added that the recruitment drive will be the first phase of the process whose end goal is to hire 116,000 teachers.

“Beginning January, we are going to begin phase one. We will recruit 30,000 teachers. We are going to recruit both permanent and pensionable as well as those on internship basis,” Ruto added.

The head of state also disclosed that discussions with the Teacher Service Commission (TSC) to chart the way forward for recruitment were already complete.

He also promised that within five years, the government will have recruited enough teachers who will be distributed in all schools across the country.

At the Komarock Primary School opening, Ruto recognised efforts of the qualified volunteer teachers in the schools.

Also in the pipeline is the consideration by the government to look for ways to increase the number of schools both in primary and secondary levels.

“We want all our children to learn in an environment where there are enough classrooms and enough teachers and we can have the meaningful acquisition of knowledge in our schools,”

The Ruto-led administration has previously emphasised the need to improve the education system in the country, which was evident as he unveiled the Competence Based Curriculum (CBC) task force.

TSC Advertises For 35,550 Teaching Vacancies: How To Apply, Deadline

Teachers’ Employer -TSC To Appear in Parliament Over Delayed Promotions