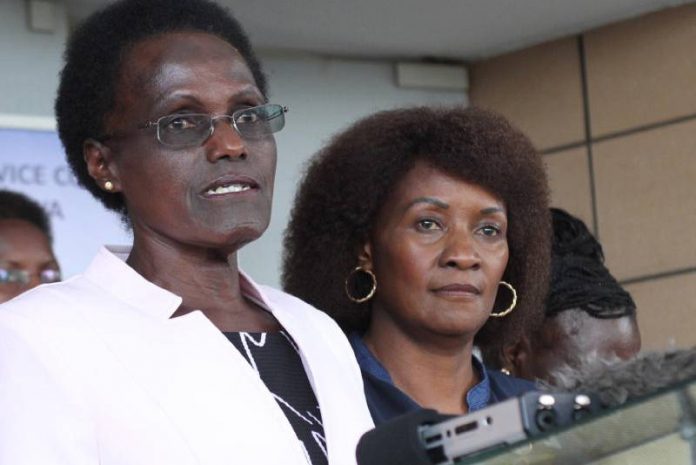 Teachers Service Commission (TSC) is set to train teachers ahead of roll out of Competence Based Curriculum (CBC) for Grade five learners in 2021.

According to circular released by TSC, the 12-day training is targeting over 18,000 teachers and will be carried out as the school terms progresses on the stipulated dates. This means learning will not be interrupted by the training.

The training is expected to kick off on Monday 23rd November, and will be concluded on 5th Saturday December, 2020.

The CBC training will be carried out in two main sessions. The first session that targets trainers will commence on November 23rd and end on 28th.

The second session that targets teachers at zonal level and those in special school will run from November 29 to December 5. Headteachers will attend the first day.

“The National Masters Trainers will train the Curriculum Support Officers and CBC Champions at the County Level and thereafter offer professional support to the CSOs and CBC champions in the Zonal teacher training and SNE training venues,” read part of circular signed by Reuben Nthamburi who is TSC Director of Quality Assurance.

Mr Nthamburi further stated that same teachers champions who were used in December 2019 will be used. He cautioned any attempts to replace them.

He said: “Use the same CBC teacher champions which we had in December 2019. Do not replace any of them without authority.

So far, TSC has trained 339,743 teachers for Competence Based Curriculum (CBC).

Plans to roll out Competence Based Curriculum (CBC) for grade five pupils are currently in top gear. Basic Education Permanent Secretary last week confirmed that all books have been approved, printed and distributed to books.

During partial reopening of schools, the ministry of education okayed Grade Four learners to open schools so that the roll out of Grade five could not be hampered.