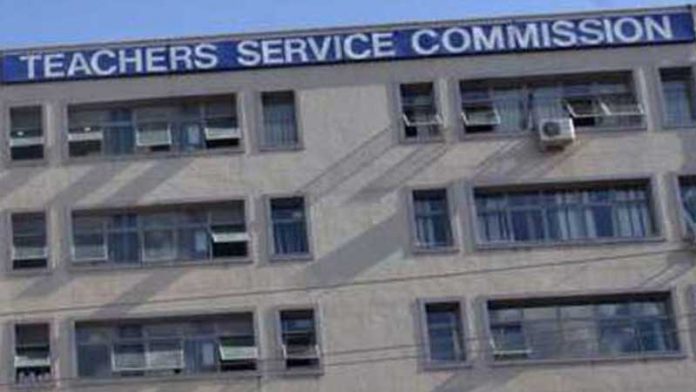 A secondary school principal has been interdicted by Teacher Service Commission because of harassing a student sexually.

The accused principal heads a school in Mwala sub-county.

Read also: Reasons why a teacher may be interdicted by tsc

According to the source, probe into the matter started last month after a form four female student reported the case while on a live morning show radio.

The student had reported that the accused principal had resorted to continually intimidate her after she declined to bow to overwhelming love requests from him.

Machakos County TSC Director David Mukui said the principal was given a letter of interdiction on September 24, following the recommendations of a team probing numerous allegations against him.

“We followed all the procedures and we were able to trace the student and her parents. A team was also dispatched to investigate the matter in the school. Out of the report, the recommendations were that the principal had a case to answer,” said Mukui.

Mr.Mukui further said the teacher was interdicted in accordance to the teachers’ code of regulations and based on evidence of the offenses listed.

Teachers to Undergo Retraining on New CBC Learning Areas Teachers will be retrained on new learning areas as the Competency Based Curriculum goes into...
Read more
TSC Portal

The Entry/ Exit returns are required to be submitted online by Heads of Institutions and Sub County Directors to record when a teacher joins...
Read more
TSC Portal

Fresh details have emerged indicating that there are subject combinations that have few teachers or no teacher at all.  This came out vividly after...
Read more
General