More
HomeEducation NewsTSC PortalTSC has summoned a teacher who burned Copies of TPAD during KNUT... 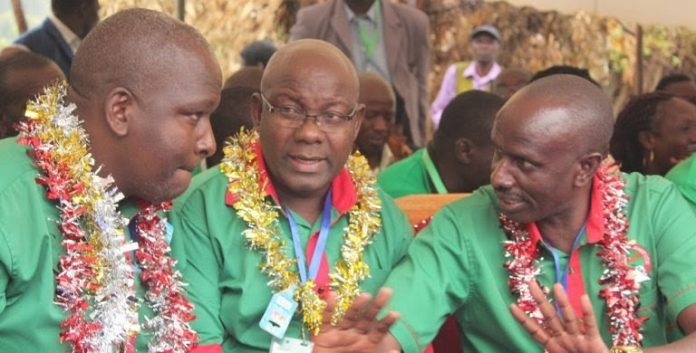 TSC has summoned a teacher who participated in the burning of the copies of Teacher Performance Appraisal and Development (TPAD) during KNUT meeting that was held at Metamaywa market in Masaba North sub-county on 29th August, 2018.

“At the meeting you participated in the burning of the copies of Teacher Performance Appraisal and Development (TPAD) in the glare view of members of the public” read a show code letter.

The letter further asks the teacher to show cause why disciplinary action should not be taken against him for professional misconduct before 10th September 2018. 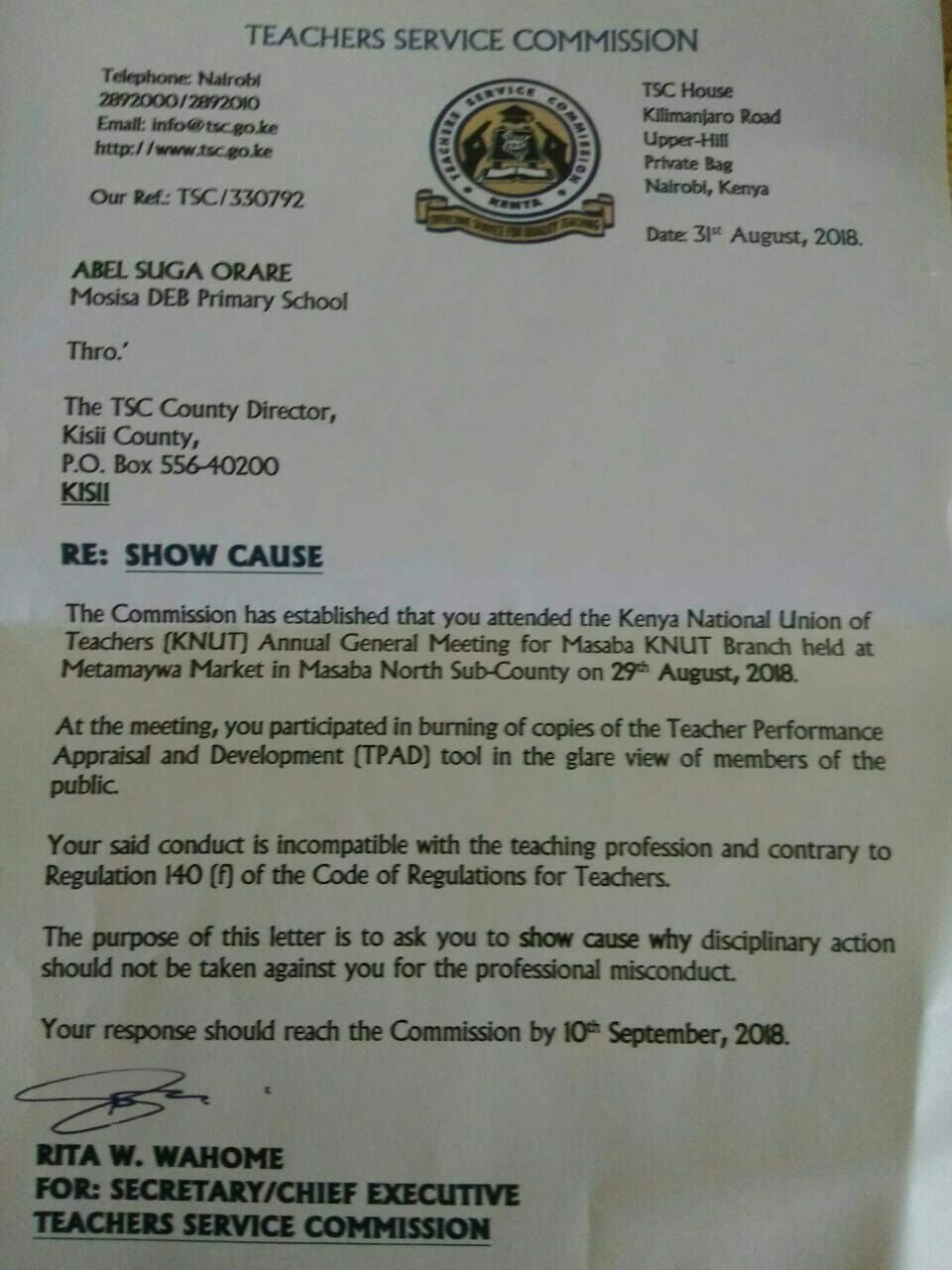 On this day Kenya National Union of Teachers Secretary-General Wilson Sossion and National Treasurer John Matiangi led teachers in burning of copies TPAD. The move was not taken lightly by the teacher employer and it sent a stern warning to teachers who participated in this activity.

“The Commission takes great exception to such disgraceful action, especially when it is instigated and supported by an honourable member of Parliament who is also a state officer. Such an act of dishonour is certainly inconsistent with the tenets of the teaching profession,” said TSC in Press statement.

In the same press statement, TSC said teachers should not listen to Union officials to avoid breaching their contractual terms.

Few days prior to opening of third term, TSC Ceo Dr. Nancy Macharia assured tutors that their grievances will be fully addressed. She said this while speaking during Kepsha conference in Mombasa.

“We have listened to you and we are aware there are areas you want addressed in order to strengthen Performance Contracting and TPAD.” Said Dr. Macharia

T-Scales for Centre for Mathematics, Science and Technology Education in Africa-CEMASTEA Trainers; Requirements