The Teachers Service Commission(TSC) has released a detailed circular on various contentious issues currently affecting the teaching service. Here are the issues that have been addressed by the commission:

Separate the payroll for KNUT from the rest of Teachers

Order (d) of the Judgment directs TSC in part to “undertake teacher promotion in accordance with the relevant provisions of the CORT and the Schemes of Service with respect to all unionisable teachers eligible to join the Respondent trade union…”
In order to comply with this Order, without disadvantaging teachers who are not KNUT members, TSC has been forced to run two parallel payrolls: one for members of KNUT under Schemes of Service and the other for non-members of KNUT under CPG.

In addition, the Commission is mandated under the law to ensure prudent utilization of public finance.

Difference between Schemes of Service and Career Progression
Guidelines (CPG)

Does the CPG have to be approved by Parliament?

CPG are tools for the implementation of the CBA. The CBA does not need to go through Parliament so are its tools of implementation. The CPG, which is the progressive name for the Schemes of Service, are enshrined in the CORT which was developed in accordance with the Statutory Instruments Act, 2013.

Benefits of CPG in relation to promotion of Teachers

According to TSC, the CPGs have taken into account the new system and addressed the issues of stagnation. Key gains under this include;

Where ALL the Teachers promoted during the CBA implementation?

Yes.
The salaries were immediately adjusted to reflect the promotions. The Commission has also been issuing promotion letters to the effect. Information below demonstrates the promotions effected during the CBA for primary school teachers and administrators.

Why is the Commission not promoting teachers based on Higher Qualification?

According to the commission here are the reasons why teachers with higher qualifications have not been promoted:

Impact of the court Judgment on promotion of teachers

Has the Commission recovered CBA funds from Teachers?

No.
The Commission has not recovered any funds from the Teachers. It is important to note that in the normal course of its business, the Commission recovers erroneous payments as and when the same are detected e.g. allowances paid for a teacher who was transferred after the payroll is run. The Commission is currently analyzing the extent of the resultant overpayment.

Effect of the Judgment on the teaching service

The current stalemate has divided the teaching service into two with two parallel payrolls.

When will the judgment be implemented and for which period will it affect?

Will the Commission appeal the Judgment of the High Court?

Meanwhile, the Commission shall obey all the court orders in the course of discharging its
mandate.

How can the situation be reverted to help all teachers benefit from the Third phase?

This can only be possible if the court judgment is overturned.

Why has the Commission issued a notice to remove Mr. Wilson Sossion from the register of teachers with effect from 29/7/2019?

When will the Commission meet the union as per the court Judgment? 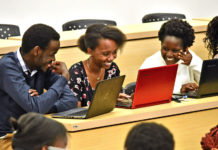 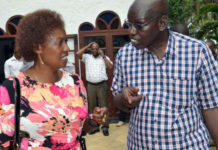 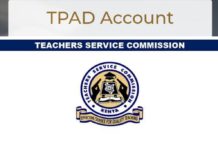