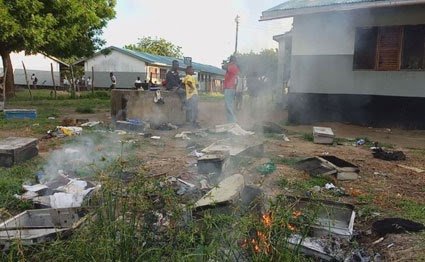 Property of unknown value was destroyed by the early morning inferno at Rioga Secondary School in Nyamira County. Keroka OCPD Eliud Muchira said the students who were alleged on holiday tuition at the school walked out after the fire broke out in the wee hours of Sunday morning.

The fire broke out at around 4:30 am Sunday morning and immediately students left the school.This is happening almost two weeks after schools were closed for August Holiday.

“We have received reports that the students have been in school for tuition and only left after the blaze,” Mr Muchira said.

No casualty was reported and police have launched investigation into the matter.