The Real Househelps of Kawangware Full Cast and their Real Names, New cast, Njugush’s exit, producers and writers, Synopsis, TRHK shift from KTN to NTV in 2020 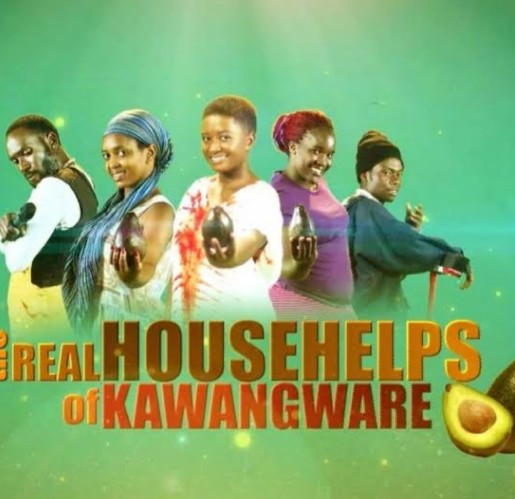 The Real Househelps of Kawangware is a high- rated Kenyan comedy drama show that depicts the drama that revolves around the lives of people who live in a low- class estate in Nairobi known as Kawangware (Ungwaro). It is one local comedy show that is funny on so many levels. The show has a good number of funny and engaging actors such as Dj. Shiti and Awiti. You will crack your rib when you watch the show, trust me. The show airs on NTV every Wednesday at 7.30 pm and has most of its 284+ episodes on You Tube. It was previously aired on KTN but got shifted to NTV.

The Real Househelps of Kawangware was produced by the one and only veteran in this industry; Philip Karanja. He co- owns Phil- It, which is a production company with his old friend Abel Mutua. TRHK was written by Godwin Otwoma. The show premiered on March, 2014 and has never stopped entertaining viewers up to date.

THRK is a TV comedy-drama show that keeps up with the lives of four women who work as househelps in the slum- filled estate of Kawangware. The 4 househelps are Awiti, Truphena, Kalekye and Njambi. The package portrays comicalness and friendship as they balance work. Oh, and rumor-mongering. Forget Edgar Obare with the tea. These househelps always have some tongue- burning tea served on people around. They seem to know everything about locals, from the new girl in the estate to the man that has just started hitting on her.

Some people have even gone ahead to call this a knock- off version of the popular American Reality TV series known as ‘The Real Housewives of Atlanta.’ Well, not really knock-off, but a tailored version of the same to fit the Kenyan audience.

Cast Members that have left TRHK

Njugush, Matilda and Truphena are veteran actors that have since left the show. They all left to pursue their other interests. Njugush left to pursue his personal projects. The main reason for his exit was low pay backed by disagreements with the producers.