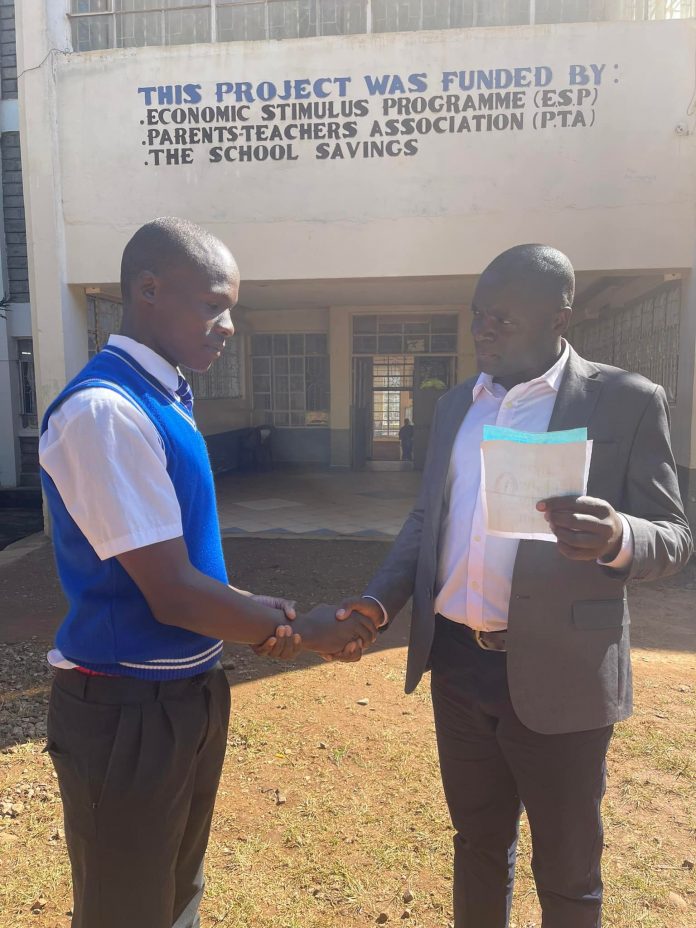 Samwel Okemwa, popularly known as mtetezi wa wanyonge has been the talk of the town in the recent past.

Residents in Kisii county have taken to the internet to express their joy after Kisii County Senatorial hopeful Samwel Okemwa cleared school fees for a needy final year student at Moi High School Gesusu. Netzens, who included Old Boys of Moi High School Gesusu applauded Okemwa for his bold move stating that the young boy, as well as his family had seen a light at the end of the tunnel after a long struggle.

Samwel Okemwa, who believes in a do-now philosophy, acknowledges that sustainable leadership starts with affordable education. According to him, education is the foundation for equality  and proper social values.

Championing for justice and equality, Samwel Okemwa was instrumental in highlighting the case of Enock Omwenga Nyanchma, a student at Rioga Secondary School in Gesima ward, Nyamria County who was seriously beaten by his teacher causing him bodily harm.

According to residents of Gesima ward, Enock Omwenga has been bed ridden for over six months and that the school had neglected responsibilities including paying for hospital bills.

Enock Omwenga, who sustained serious spinal injuries leaving him paralysed has since been receiving treatment at Jaramogi  Oginga Odinga Teaching and Referral Hospital in Kisumu. His family has also gained access to the annals of justice through the aid of Senator Okemwa.

Riose Okwemwa, who also doubles as a musician, champions societal issues through music. He is notorious for championing equal land rights. In his song, Okemwa highlights the Plight of the Oribo family.

The family has their father lying in the morgue for a period of over six years due to land ownership issues. Residents in kisii have been applauding okemwa for attending court sessions and championing for equality and justice.

On his campaign trail yesterday 12th June in Nyaribari Masaba, Okemwa continued to sell his manifesto claiming that he is the best people’s watchman and that most of his competitors were corrupt and could collude with corrupt individuals in the county government to plunder the people’s resources.

Okwemwa continues to champion for a proper, formalized and structured framework of governance that is tailored for Common Mwananchi.