Sossion tells off TSC over show cause letters sent to teachers 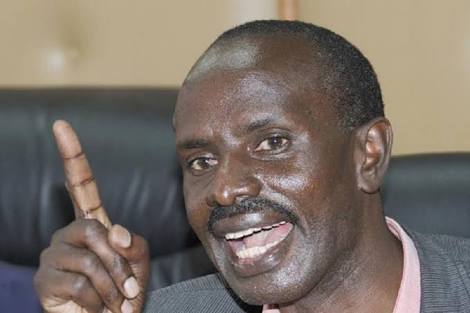 The Kenya National Union of Teachers Secretary general Wilson Sossion has cautioned TSC over the show cause letter issued to teachers who allegedly participated in the burning of the copies of TPAD forms.

In letters signed by Ms Rita Wahome on behalf of TSC boss Nancy Macharia, the teacher was told to explain why disciplinary action should not be taken against him for burning appraisal forms on August 29, 2018.

Mr. Sossion strongly defended the teacher arguing that law has not curtailed because them from participating in union activities. He further demanded the withdrawal of the letters immediately.

“It is against the constitution for the employer to curtail teachers from attending union general meetings,” Mr Sossion said.

KNUT boss further accused tsc of misshaping the outcome of the meeting the two parties held on 23rd August, 2018. Mr. Sossion has insisted that all circulars that were released without consultation must be withdrawn. He further cautions tsc regarding matters to deal with teacher transfer and appraisal.

“It is unfortunate that TSC has been sending out letters distorting the outcome of our meeting. We had demanded the withdrawal of all circulars on teacher transfers, appraisal and development,” Mr Sossion said.