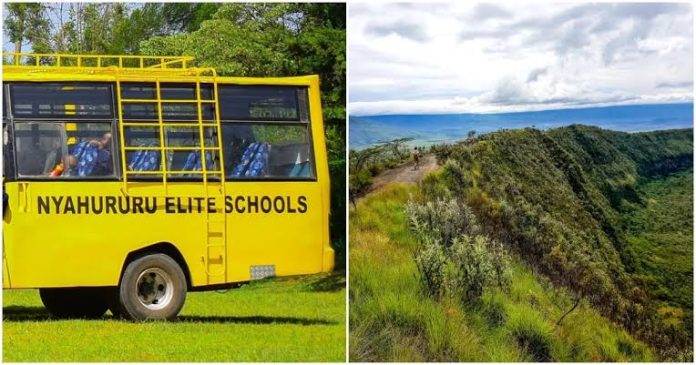 Tears and sorrow after a student from Nyahururu Elite Secondary School who reportedly went missing during a hiking session at Mt. Longonot in Nakuru County on Thursday has been found dead.

According to him, however, the boy had bruises on his hands, seemingly showing that he had fallen along the way, and was also breathing heavily by the time he was found.

The student was airlifted to a Nairobi hospital for medical attention, but he was declared dead on arrival.

According to the school Principal Simon Gacheru Macharia had earlier said that 26 Form Four students and 10 teachers on Thursday went for the hike together with another group of about 70 people.

He further revealed that about two hours into the hike, one of the students identified as Enock Balemba aged 17 years reportedly became restless and told one of his schoolmates that he could not continue.

The student, who is the school captain, opted to sit down and remain behind, but then reportedly suddenly stood up and ran towards the thickets and disappeared.

The teachers then decided to report the matter to Longonot KWS camp where KWS Officers joined the search team until 8pm but the student could not be traced.