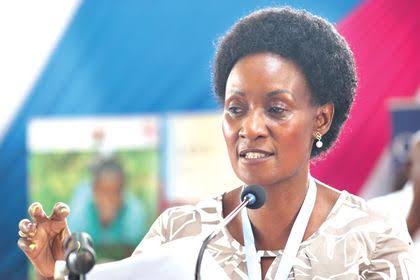 Dark cloud lingers after the interest of teachers have not been fully represented in the TSC-KNUT retreat that was meant to iron out pressing issues on the teaching service. The two parties did not settle on a clear way to handle teacher issues, this led to adjournment of the retreat for a later date.

The Naivasha retreat was held in pursuant to the earlier meeting that was held on 23rd of August to address issues emerging in the course of implementation of 2017-2018 CBA. Among the issuesa took the center stage of discussions are transfer of teachers, promotion, career progression, and teacher appraisal programme.

By 3rd October, the parties had made significant progress and had reached consensus on several issues. According to the circular sent to media and signed TSC CEO Dr. Macharia, KNUT wanted to TSC to revoke transfer of 85 head teachers on the basis that they are elected unions. KNUT further demanded that all headteachers holding union positions be exempted from future transfers

In responses to above demands, the commission refused to bow down but rather reminded KNUT that the its major role is to assign teachers to work in any part of the country.

“TSC exercises this mandate within the framework of the constitution, TSC act, Code of regulations for teachers and the CBA in order to ensure equity in distribution of teachers and optimal utilization of available teachers” said the circular signed by Dr. Nancy Machari

The commission remained unshakable concerning their position on teachers who are also union officials. TSC insisted that teachers are are primarily employed to teach and any other thing is not part of contractual terms.

“Election to any union office cannot therefore be used to irregularly amend the contract between the employee and the employer. In this particular case it is the contract spelt out in the employment letter, and even CBA for teachers to be posted in schools where their services are required” further said the circular.

However, the commission admitted that it had already agreed to release all the 111 KNUT executive secretaries to work full time for the Union. TSC further urged KNUt to put the interest of the learners first.