Resolutions reached between KUPPET and TSC 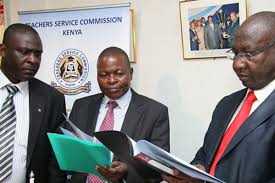 The two parties also agreed that the diploma teachers interview template be redesigned to level the the play field for their employment. The current employment score sheet does not work well for diploma teachers and this has greatly disadvantaged when it comes to TSC employment.

The press statement signed by Kuppet secretary general, Akello Misori, further revealed that teacher medical cover will be improved in the new contract renewal and most important house allowance will be harmonized to remove geographical considerations.

KUPPET and KNUT Stand on Strike

Meetings between TSC and teachers unions were meant to avert the September 1 strike. Seemingly, the meetings were never fruitful because KNUT secretary general has insisted the strike is on after disagreeing sharply with the TSC on promotion of 30,000 teachers to higher grades.

KUPPET secretary general Akello Misori on the hand has dismissed strike threats by KNUT. Speaking yesterday after the meeting, Akello said KNUT has not followed the laid down procedure of calling for a strike.

TSC TPAD File and Documents for Teacher Appraisal and Promotion 2022